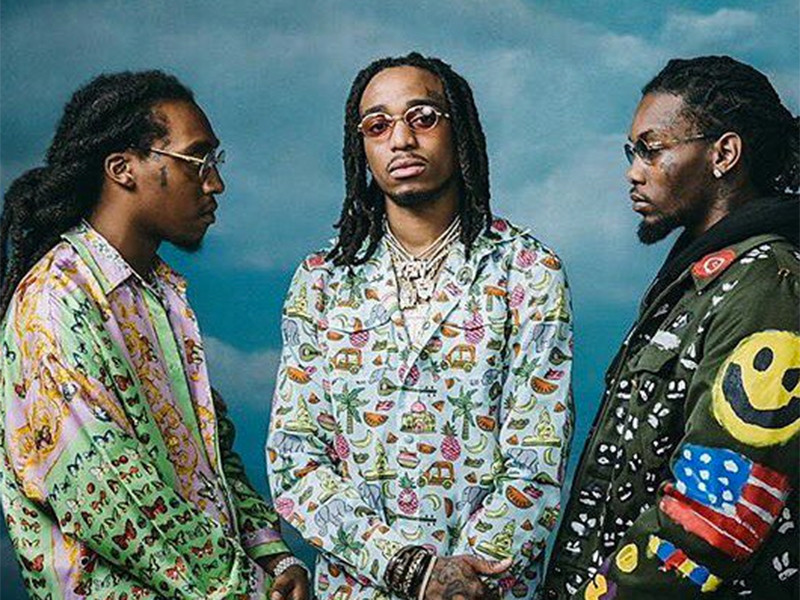 Migos Will Appear On First Episode Of MTV's "TRL" Reboot

Migos are set to be part of MTV’s TRL revival. The network has announced that Quavo, Offset and Takeoff will appear alongside Ed Sheeran as guests on the October 2 premiere of the show’s upcoming reboot.

TRL (short for Total Request Live) was a mainstay of MTV’s programming in the late ’90s and 2000s, playing the 10 most requested music videos of the day. Carson Daly was the best-known host of the teen-oriented show, but other prominent names like La La Anthony and Vanessa Minnillo spent time in the position over the years.

The daily series was canceled in 2008 as MTV moved further away from being a music channel, so the reboot is a bit surprising.

D.C. Young Fly, Tamara Dhia, Amy Pham, Erik Zachary and Lawrence Jackson are set to host the new version. “Content creators” like Liza Koshy and The Dolan Twins are also involved in the show, which aims to implement social media.

“Who’s not going to support a platform that’s covering all of the buckets of social media and cable to allow your artist to go on, play a video, perform a song and to talk about their new music that just got released?” MTV president Chris McCarthy asked in his July announcement of TRL’s return. “How do you say no to that? We’re going to give it a shot, a big shot.”