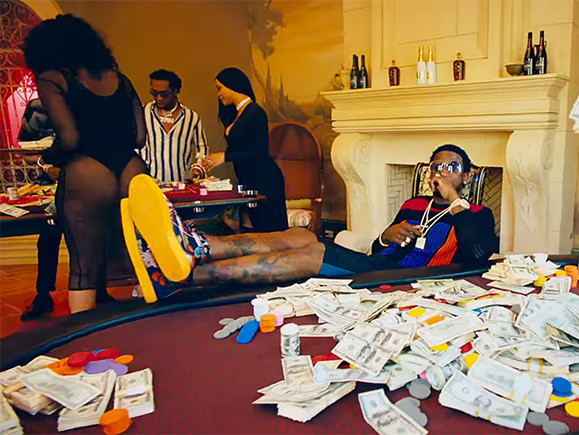 Gucci Mane has earned this week’s highest debut on the Billboard Hot 100 chart with “I Get The Bag” featuring Migos. DJ Khaled’s “I’m The One” surpasses one million in sales for the week ending on August 25 while Kodak Black and XXXTENTACION’s collaboration “Roll In Peace” secures the week’s second highest debut on the Hot R&B/Hip Hop Singles Sales chart.

Gucci Mane & Migos Nab Another Hit With “I Get The Bag”

Gucci Mane’s album, Mr. Davis, is slated for release on September 15 and he’s kicking things off with a bang. His latest single, “I Get The Bag” featuring Migos, entered this week’s R&B/Hip Hop Single Sales chart at #7 with 19,798 units moved.

It is the chart’s highest debut this week and the highest charting single of Gucci’s career as a lead artist on the Billboard Hot 100 chart (#34). “I Get The Bag” is also #16 on the Hot R&B/Hip-Hop Songs and #13 on the R&B/Hip-Hop Streaming Songs.

“I Get The Bag” is not the only single Gucci and Migos moving up the R&B/Hip Hop Single Sales charts tough. Their collaboration “Slippery” from the hit album CULTURE currently sits at #27 and has sold a total of 197,945 units so far.

Congratulations are in order for DJ Khaled as he continues to win more. His song “I’m The One” featuring Justin Bieber, Quavo, Lil Wayne and Chance the Rapper has officially hit over a million in sales: 1,005,967 to be exact.

On top of that, “Wild Thoughts” featuring Rihanna and Bryson Tiller continues to hold down the #1 spot on the R&B/Hip Hop Single Sales chart despite a 47 percent drop in sales from last week. “Wild Thoughts” is inching towards half a million units moved with 487,164 in total sales.

Kodak Black and XXTENTACION, two of Hip Hop’s most controversial yet popular stars, linked up and made a chart-topping record with “Roll In Peace.” The single entered this week’s chart at #24, making it the second highest debut on the chart The Project Baby 2 single pushed units 6,349 upon entry.