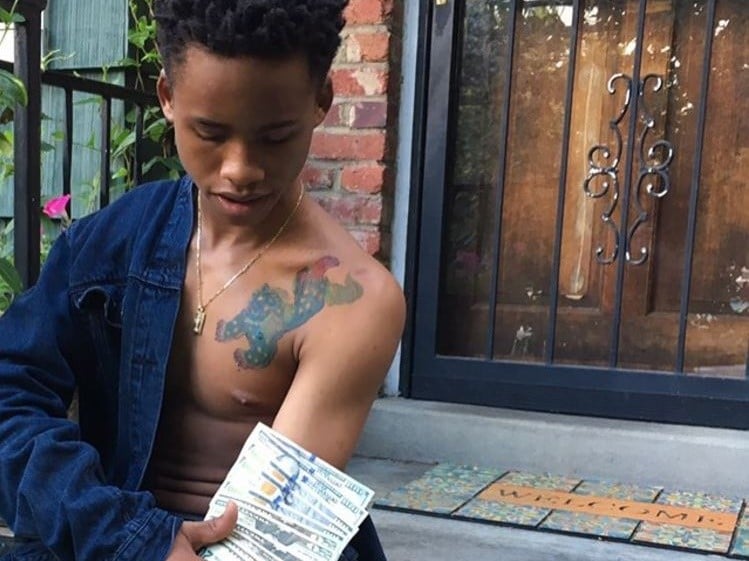 Tay-K, the controversial teen behind the hit single “The Race,” will be tried as an adult on charges of capital murder.

A judge made the ruling about Tay-K, whose real name is Taymor McIntyre, on Wednesday (August 30) at a pre-trial hearing. Additionally, the 17-year-old rapper’s court date has been pushed back due to lack of evidence.

Despite this batch of setbacks, Tay-K’s lawyer, James McMillan, is optimistic that Tay will be exonerated. McMillan provided the following statement to the New York Times’ Joe Coscarelli:

“We just concluded the ‘certification transfer’ hearing for Mr. McIntyre. The judge has ruled that his case should [be] moved to the adult court based on his age (and the fact that the juvenile court will lack jurisdiction soon). The judge was very clear to tell Mr. McIntyre on the record that this decision has no bearing whatsoever of his guilt/ innocence in this case. After a full day hearing with numerous officers testifying under oath, officers testified there was no evidence that Mr. McIntyre engaged in any of the violent [acts] or possessed any weapons. Mr McIntyre remains upbeat after this hearing. I believe once all of the evidence is presented, Mr. McIntyre will be exonerated on all of the charges. We look forward to moving ahead.”

Tay-K will be tried as an adult, a Texas judge ruled today. Here's a statement from his lawyer: pic.twitter.com/AAxh81cwdq

Tay-K’s murder charge stems from the 2016 death of 21-year-old Ethan Walker. Walker was killed during a home invasion in Mansfield, Texas. After being booked for the murder of Walker and put on house arrest, Tay-K infamously became a fugitive by cutting off his ankle monitor and fleeing home.

During his time on the run, he became the suspect in another murder and was accused of assaulting a 65-year-old man. He was eventually apprehended in Elizabeth, New Jersey on June 30.

After being detained, Tay-K’s “The Race” was released online and quickly blew up over the summer. The song has peaked at #48 on the Billboard Hot 100 in spite of (or perhaps due to) his sordid backstory. For more on Tay-K, check out HipHopDX’s in-depth look at his legal issues and rise in popularity.