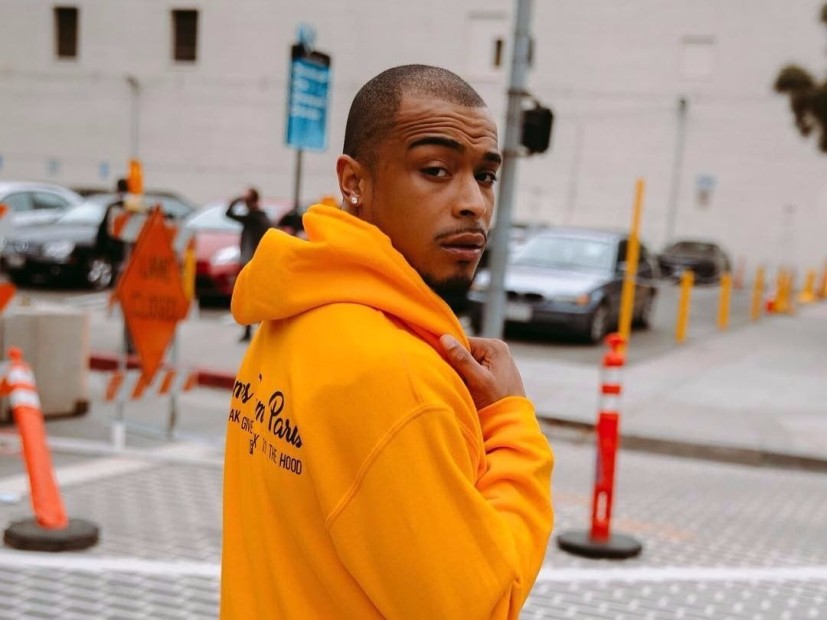 Los Angeles, CA – Khalil is more than just Justin Bieber’s friend and he’s intent on letting his music speak for itself. The Sacramento singer signed to Def Jam Recordings at the young age of 15, which proved to be both a blessing and curse. While it gave the rising R&B artist exposure, the now 22 year old looks back and reminisces on what he could’ve done differently.

For starters, it seems the media was mistaken. Back in 2014, false reports started swirling that said Khalil had been arrested on suspicion of driving under the influence after racing a red Ferrari alongside Bieber. HipHopDX caught up with the Los Angeles transplant to set the record straight for the first time.

#DXclusive: #Khalil talks new project "Prove It All" and for the first time, sets the record straight about #JustinBieber arrest ?@khalil

“We weren’t racing Ferraris,” he says with a laugh. “This the first interview I ever actually said this, I ever actually tried to clear this up. But I was never racing a Ferrari. I don’t know what that was. I blew a 0.0. They tried to say I was a DUI, something like that. I was driving … I blew a 0.0. But yeah I mean, that never makes the news. The case got dropped or whatever. But I feel it. I understand it. But nah, I wasn’t racing.”

Three years later, Khalil and Biebs’ friendship is stronger than ever. “JB,” he says. “Shout out to JB. That’s my brother forever.”

While Bieber remains one of the biggest pop stars to date, one question remains — how exactly does Khalil plan on stepping out from JB’s shadows?

“I mean, with the music,” he says without hesitation. “I plan to just keep dropping consistent, great music. I feel like that’s the undeniable part. Like I said, I just took a lot of time off and wasn’t dropping a lot of music. Just ‘cause I was switching record deals and worried about clearances. And worried about so much other stuff, rather than just putting out more music. I feel like if I could go back, that’s just what I woulda did. I would just put out more music. Because I have so much music that’s probably still just going to sit.

“It’s just better to just put everything out and not really try to be such a perfectionist,” he adds. “And I feel like that’s for sure one of my problems. One of my good factors that I am a perfectionist and I like to try to make everything perfect. But everything can’t really be perfect how it’s gonna go in my mind. So I kind of just gotta let it go some type of way rather than no type of way [laughs].”

Earlier this month, Khalil released his Prove It All project, which showcases his talents as a singer in a brand new light.

Khalil explains, “I’ve been working on this project over the course of two or three years. I haven’t put out a body of music in a long time. So this is something that I wanted to come with to give the fans something — where I’m at and how I’ve grown. And just keep progressing with more bodies of work. So Prove It All is a start.”

With zero guest appearances, the album allows him to take centerstage. Khalil has a plan for standing out among the new surge of blossoming R&B artists.

“Just putting my life into my music,” he says. “That’s how I make it originally me. And I feel like nobody can copy that. If I just tell my story and just keep it real. I feel like that’s where people can connect with me. And just being relatable.”