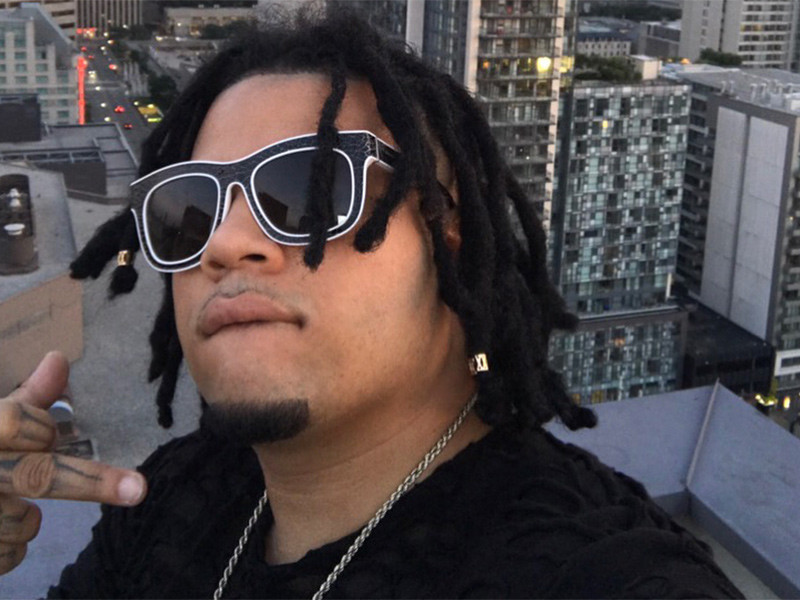 One of the perceived shortcomings of younger artists is a lack of business acumen — specifically centered around the inner workings of the music industry. When Lil Yachty appeared to be in the dark about the specifics of how he makes all the cash he’s enjoying he almost gave Joe Budden an aneurism.

Artists who learn the ins and outs of the business side of the game typically prosper, and usually end up with fatter pockets and — ultimately — more long-term success.

New-school come-up Reggie Mills is on that path, and serves as a model that young artists could learn from (if they’re smart).

“When people meet me, they notice that I’m different,” Reggie told HipHopDX.

That difference people pick up on is the business sense he acquired while ascending from intern to VP of Amalgam Digital between 2011 and 2015. Amalgam made a name for itself associating itself with artists like Lil B (early on), Wave God Max B, and post-Def Jam Joe Budden.

“I learned a lot about fundamentals,” he explains. “I was able to copyright my music properly and properly submit my music to the right places. But, in a nutshell, the experience opened my mind to the independent side of the game … how to manipulate things and connect to people in the right way to further yourself without having to compromise or pay investments to other companies.”

Having worked with a solid list of currently hot artists like Playboi Carti, UnoTheActivist, Smokepurpp — and having recently been in the studio with Travis Scott — Reggie has been building a steady name for himself. An artist throughout the entire experience of being an executive, he’s now enjoying some well-deserved success.

His upcoming Reggie Flair Volume 2 compilation is looking like a career high. “It’s going to feature artists like XXXTENTACION, Ski Mask The Slump God, and D Savage,” he says. “We’re in the works of getting something from Rihanna potentially for a reggae-type record. It’s going to be a real powerhouse album with a lot of big collaborations.”

“I’m looking forward to putting out a lot of new music in the next couple of months into next year and showing my diversity and traversing into the pop scene,” he says. “I want to go global with this sound and just have a catalog of music that everyone can appreciate.”

A big part of the success he’s seen so far has been his ability to take his music directly to the people. Post-Amalgam, he’s managed to run his own company, which plans and manages tours and showcases at SXSW and NXNE that he also co-headlines.

“I’m in a position to go on tours, go to festivals, go to concerts with artists that are blowing up and then I’m able to co-headline it on top of having my team doing all the stuff at the event,” he says.

He’s definitely in a great spot. With a current project out with Famous Dex, who he’s joined on multiple tours, and a stash of music in the bag, he’s ready to leap. But his grand vision is to use his experiences as bricks to help build his empire.

“I see myself setting up a platform where I can put the next biggest artist on and help other artists stay true to themselves … help them independently be self-sufficient with their music and understand that the business side is as important as the music,” he says. “That’s my big thing.”

“I try to tell my peers that there’s a lot of ways to work this industry … you have to sit down and plot it out and pencil down the plan and make sure that all your copyrights and all your things are settled for yourself and your music.”