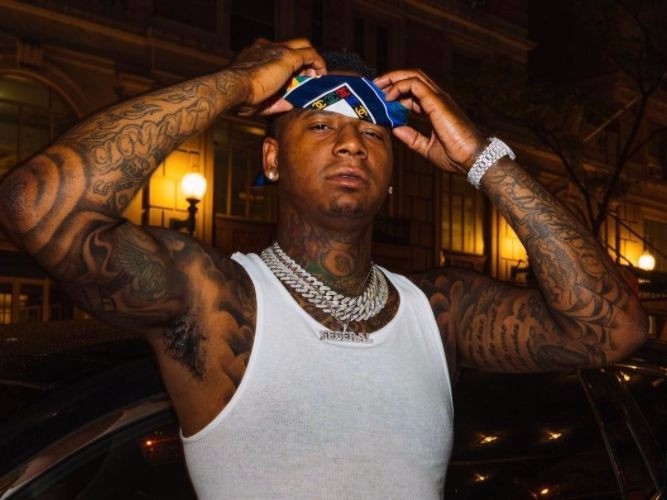 Woodbridge, New Jersey – Moneybagg Yo was reportedly involved in a shooting at a New Jersey Turnpike rest stop on Saturday night (August 19), according to NBC New York. Two people were shot at the Thomas Edison Travel Plaza in Woodbridge, but they were both alert and talking. Employees at the rest stop who aided the injured said one was shot in the head.

Moneybagg Yo, whose real name is Demario White, was in town to perform in Newark. The Memphis rapper and several other men were seen being questioned by police before they were escorted to a police car. They were not in handcuffs at the time.

In October 2016, Moneybagg signed with Yo Gotti’s label, CMG, and has been growing his rap career ever since. He dropped the 2 Federal mixtape with Gotti in November of last year and followed up with the Federal 3x project earlier this month.

Watch the news clip above.