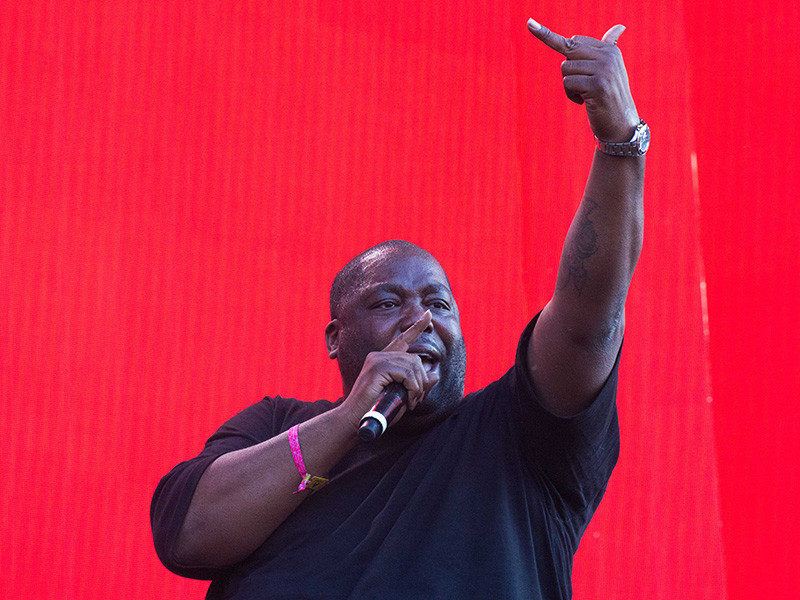 After a white supremacy rally in Charlottesville, Virginia erupted into violence last week, America has been locked in a discussion about Confederate history.

Activists have torn down monuments to Confederate leaders in cities such as Durham, North Carolina, whereas other city councils and mayors have made the decision to move or remove their own cities’ statues.

One thing Killer Mike would like to commemorate about the Confederacy is their resounding loss in the Civil War, a message he’s communicating with merch bearing a scoreboard that reads “CON 0 – 1 USA.”

Mike’s caption on Instagram partially reads, “Make sure u grab one b4 we sell out!!!!”

Killer Mike x Villains x @daylightcurfew Drops these #WinnersAndLosersCheckTheScoreBoard tee/coffee mugs right now! Make sure u grab one b4 we sell out!!!! Link in bio art by- @atomtheartist

Earlier this week, the Run The Jewels MC also posted a video detailing the differences between Confederate leaders and slave owners like George Washington and Thomas Jefferson.

“They were oppositional force to this union,” he said. “They were trying secede from this union.”

Referring to Donald Trump as a “casino-owner masquerading as the President,” he advised, “Don’t cheer for the team that was trying to break up the country you’re now in charge of leading. Their flags don’t go up because they’re fucking losers.”

Check out the full line of merch here.