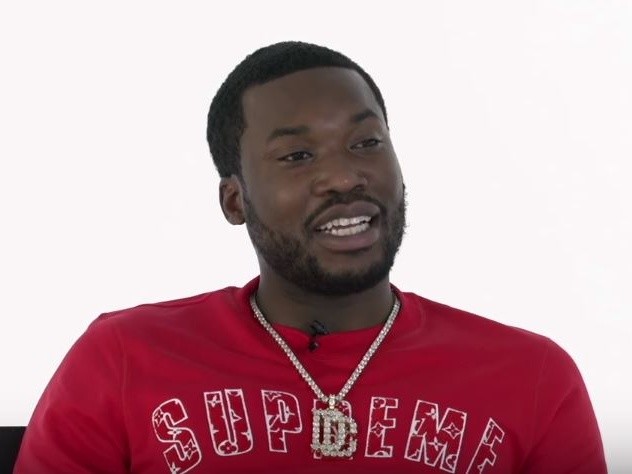 As part of Pitchfork’s Over/Under series, Meek Mill spoke on the people, places, and things he finds overrated or underrated.

Given that Meek hails from Philadelphia, former 76ers player Allen Iverson was thrown into the mix. The musician unsurprisingly labeled Iverson “underrated,” and added that the baller was one of his biggest inspirations growing up.

Also underrated for Meek is Frosé, lean popsicles (which he used to enjoy “when [he] was sipping lean”), and in-flight birthday celebrations. The rapper, who turned 30 in May, explained that celebrating on a plane is only underrated when the party is on a private jet.

“I say underrated if you on a jet,” the Philly rhymer said. “We had a 30th birthday. We had a party on a jet in the air. Took mad shots. Got the stewardess drunk. Got fucked up. Came out to a little band playing Spanish music. And danced all the way to the hotel. ‘Til we went to sleep. Yeah, it was fun. I had a good time.”

Although Meek Mill expressed his approval of Frose and Allen Iverson, he revealed that what he isn’t here for is Mountain Dew, skydiving, and elderly drug dealers.