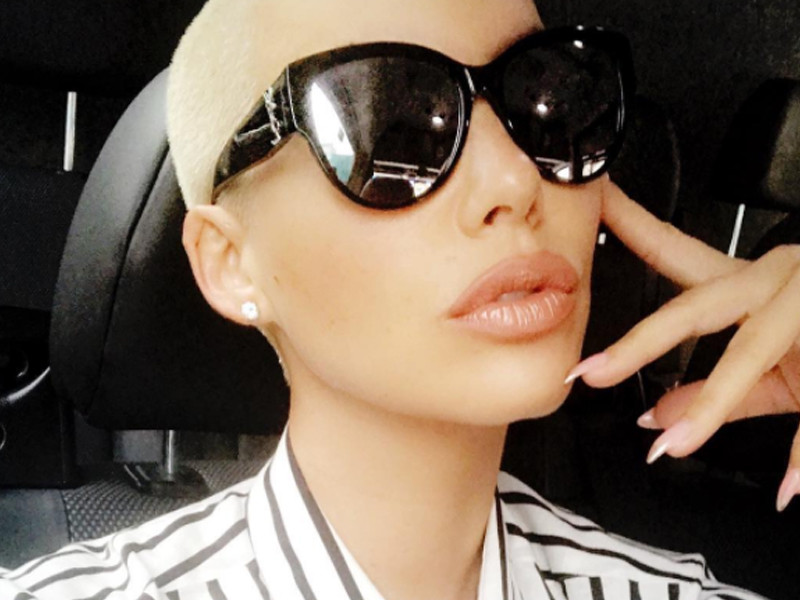 Amber Rose, who made a lot of noise over the last few weeks appearing on both the Drink Champs, hosted by N.O.R.E and DJ EFN, and Complex’s Everyday Struggle, is now facing a new defamation lawsuit, according to Pennsylvania’s Observer-Reporter.

The plaintiff? Katie Wimbush-Polk, mother of her ex-husband, Wiz Khalifa.

The suit stems from a phone call, that — according to Wimbush-Polk’s attorney — “impute(d) criminality, which is incompatible with her status as a grandmother and her status as a volunteer mentoring at-risk youth.”

On June 19, Amber allegedly placed a call to a phone that — unbeknownst to her — was in possession of Wimbush-Polk’s friend and former employee, Danesa Letic. Her 5-year-old niece answered the phone, and Rose immediately began ranting.

The phone was immediately passed to Letic, who identified herself. However, the expletive-filled outburst continued, and Rose went on to allegedly claim Wimbush-Polk had allowed her child, Dorien — who passed away in February from complications from lymphoma — to die, and was unfit to see her and Khalifa’s 4-year-old son, Sebastian.

The friction between the two, according to reports, came to a head when Wimbush-Polk reported Rose to California Child Welfare Services, which resulted in a visit from the agency on June 19 — the same day as the alleged phone call.

Wimbush-Polk’s complaint against Rose denies that she placed a call to the agency around that time.

In this new suit, Wimbush-Polk is asking for more than $50,000, which includes a combination of legal costs, interest and other damages.

Amber is currently promoting her Slut Walk, which takes place from September 30-October 1 and is almost 80% sold out.

Rose is no stranger to legal drama. She recently dodged a $1-million lawsuit brought on from the iconic Ace of Diamonds strip club after she claimed she, in fact, owned the brand. The claim of ownership stemmed from Rose forming a corporation called Ace of Diamonds, Inc. back in December and unsuccessfully filing for a trademark on the name and abbreviation “AoD.”