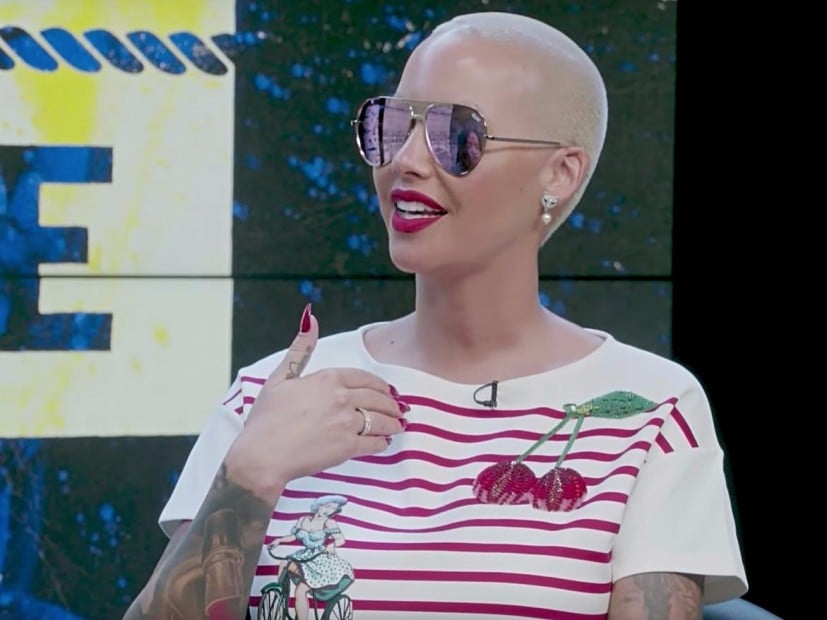 Amber Rose stopped by Everyday Struggle earlier this week to talk about her annual Slut Walk and opened up about her current relationship with 21 Savage. After things got heated during a conversation about what exactly “ho behavior” is, she eventually started talking about her ex Kanye West, who she dated from 2008 to 2010.

Towards the end of the nearly 55-minute interview, co-host Joe Budden asked her what she thought about a certain musician “bugging the fuck out” and while she didn’t directly answer the question, she said, “Imagine living with him.”

During a 2015 interview with The Breakfast Club, the Life of Pablo MC said, “It’s very hard for a woman to want to be with someone that’s with Amber Rose. … I had to take 30 showers before I got with Kim [Kardashian].”

The following year, West went on a Twitter rant aimed at Rose’s ex-husband Wiz Khalifa. “You let a stripper trap you,” West wrote. “I know you mad every time you look at your child, that this girl got you for 18 years.”

Rose fired back, “Aww @kanyewest are u mad I’m not around to play in ur asshole anymore? #FingersInTheBootyAssBitch.”

Awww @kanyewest are u mad I'm not around to play in ur asshole anymore? #FingersInTheBootyAssBitch☝

Ultimately, Rose decided she was “a real ass bitch” and wanted to “take the high road,” and not divulge the intimate details of their relationship in a public manner … well, aside from the “fingers in the booty” comment, which West later denied.

She also debunked the rumors she was paid $1 million to not mention his name.