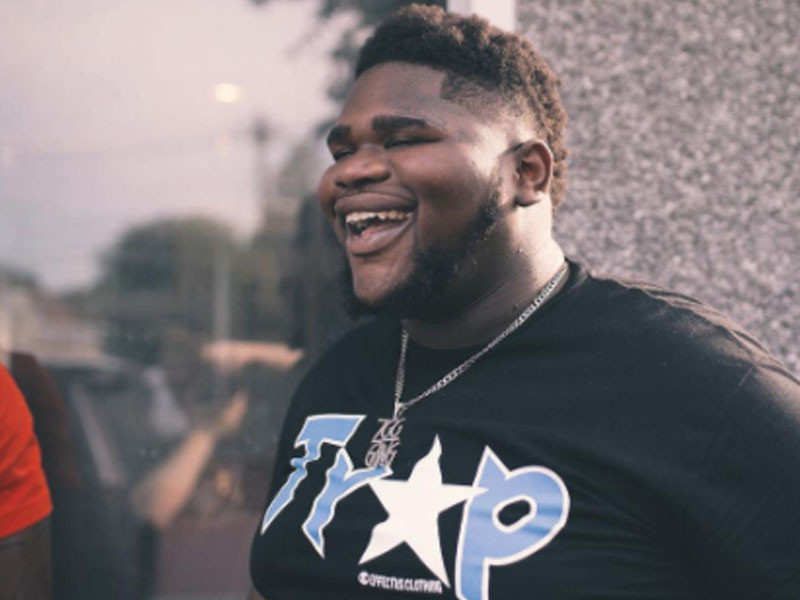 Fatboy SSE Pulls Up On The Breakfast Club Demanding "Breakfast"

New York City, NY – “They,” not to be confused with those holding down DJ Khaled,  say breakfast is the most important meal of the day — just ask rapper and comedian Fatboy SSE.

A video posted on The Breakfast Club‘s official Instagram, and shared by the New Jersey native, documented the hungry internet star as he ran up in the studio demanding breakfast before quickly retreating.

My BIG BRO @dizz103 TOLD ME WE WAS DOING THE BREAKFAST CLUB THIS MORNING AND WE GET THERE AND THERES NO FUCKING BREAKFAST . . . WTF ?YALL KNOW THATS THE REAL REASON I CAME #thebreakfastclub

“My BIG BRO @dizz103 told me we were doing The Breakfast Club … we get there, and there’s fucking breakfast,” read the caption on Fatboy’s account. “Y’all know that’s the real reason we came.”

Dizz and Fatboy SSE are no strangers to The Breakfast Club. Dizz, the CEO of York Records is an associate of DJ Envy — and friend of the cast. His artist, Cory North, released his debut music video, appropriately titled “Poppin’ Off,” which featured a fictitious scenario on The Breakfast Club where Cory misses his interview, causing Charlamagne to give him an auto Donkey Of The Day title.

Fatboy SSE has become a huge online property, with over 2.6 million followers on Instagram alone with the help of his hilarious videos. His latest song, “Drake” with Lar$$en, is on its way to a million spins on SoundCloud. He also recently popped up in the new Juicy J video.

@juicyj NEW VIDEO OUT NOW STARRING ME ON @worldstar ?????SPEND IT ALL SHOT BY @louieknows

Fatboy’s run up on the highly rated morning show was (definitely) not to be taken seriously, but rather as another funny addition to the comedian’s catalog.