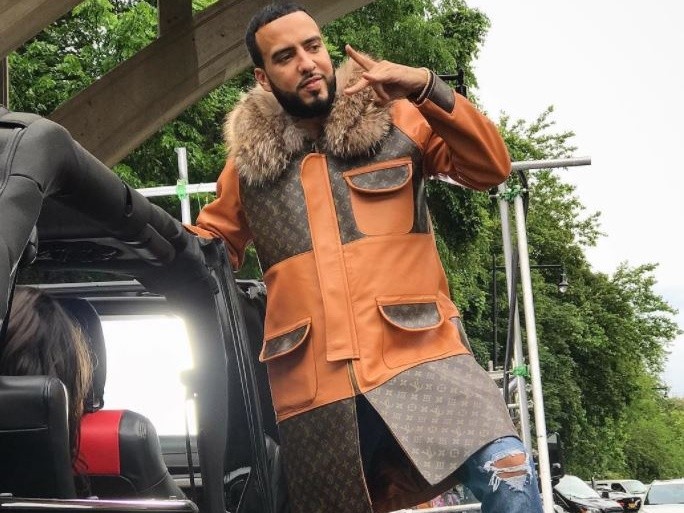 The $100,000 French Montana donated to the Mama Hope Organization is being put to use in a major way, as shown in a video the organization uploaded to Instagram this week.

In the one-minute video, which was specifically addressed to French, Mama Hope’s founding director Nyla Rodgers gave a tour detailing the progress that has been made on the Suubi Health Center in Budondo, Uganda.

“I just wanted to show you what you’ve been able to help build,” she says in the video. “This is the staff quarters where all of the doctors and nurses and health workers are going to be able to live. Where before, they were about five miles away. And then also, what we have happening here is the extension that wasn’t built two weeks ago. And soon it will look just like the staff quarters. And it will be plastered. And it will have a roof in the next two weeks. And then the services here will be able to reach 286,000 people. And so, I just wanted you to know how much it means to me that you decided to come to this beautiful community and bring healthcare to all of these people.”

WOW !! I love hip hop and the platform it gave me. Things like this make all the blood sweat and tears worth it. I really had to stop talking and take action. Still amazed at the process! I can't take all the credit shout out to @mama_hope @glblctzn and my brother @theweeknd and the beautiful people of Uganda ??

A message from our founder Nyla Rodgers, who's on the ground at the Suubi Health Center (@bicsuubi ) in Uganda to see all of the incredible progress being made thanks to @frenchmontana , @theweeknd and the #Unforgettable movement! Soon, the first floor of this clinic will be ready to expand services to 286,000 people in rural Uganda! Now, we need to raise $300k more to FINISH the 5-floor hospital – learn more + get involved at mamahope.org.

French, who filmed his “Unforgettable” music video in Uganda, re-posted Mama Hope’s clip to his Instagram page and declared that “Things like this make all the blood sweat and tears worth it.”

In his caption, the Bronx rhymer gave a shout out to The Weeknd, an artist who also donated $100,000 to the Suubi Health Center. The crooner made his donation in June after being motivated by French’s act of charity.

Founded in 2008, the Mama Hope Organization works to end extreme poverty by working with communities in Africa and Central America to attain financial sustainability.