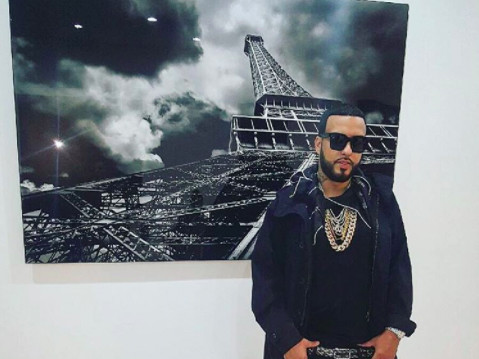 French Montana was recently overseas shooting a video in Uganda, which was apparently an eye-opening experience. After recruiting several children as extras in his video, he soon realized the sheer talent he’d discovered and was slapped with a newfound respect for those living in the impoverished East African nation.

After returning to the United States, the Moroccan rapper was caught by TMZ outside L.A.’s Catch seafood restaurant and explained he had traveled somewhere that “touched” his heart, and discovered some kids in Uganda who had more dance talent than Chris Brown.

“I traveled somewhere that I never knew people still lived like that,” Montana said. “I traveled somewhere where it’s like a life don’t mean nothing, you know what I’m saying? I just want to spread the word, especially with everything that’s going on right now in the United States and everything. I just want to let people know there’s people really living like that, so open your eyes and help people out there.”

“The realest talent is not here,” he added. “These kids I went to go see dance better than Chris Brown. They don’t have no TV.”

Montana went on to assure his fans he was dropping the video on Friday (April 7) and that viewers would “see some real dance moves.” Watch the full video above.