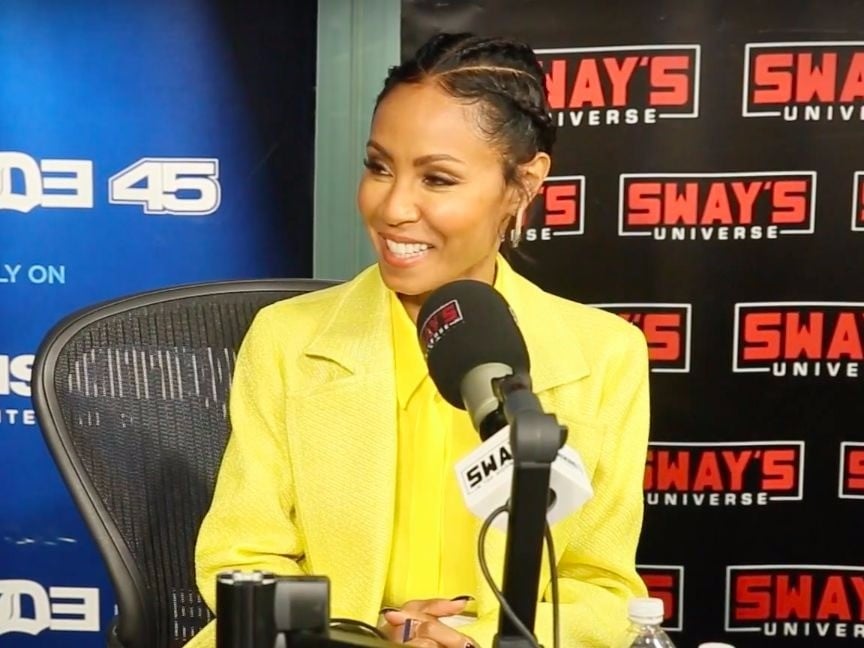 New York, NY – Actress Jada Pinkett-Smith stopped by Sway In The Morning on Wednesday (July 19) to discuss her forthcoming film with Queen Latifah, Girls Trip, and wound up talking about her relationship with the late Tupac Shakur. After claiming she had some real “crazy days” over 23 years ago, she eventually went into more detail about her time with the Hip Hop legend.

“It’s kind of hard because I haven’t really told the whole story,” Pinkett-Smith said. “One of the things that’s very interesting that I’ve never really said before is that when I first met ‘Pac … when we first met, I was a drug dealer.

“I won’t get into the details of it ’cause I’m going to write a book about it … but just to give you … like that’s how we started,” she continued. “Then as I was coming out … something very bad happened to me … as I was coming out of the life, he was going more into the life.”

Will Smith’s better half (and mother to Willow and Jaden Smith) went on a Twitter tirade after the Shakur biopic, All Eyez On Me, came out, which she said misrepresented her interactions with Shakur. By the sound of it, Pinkett-Smith’s book might tell the full story about her connection to Shakur in the future.