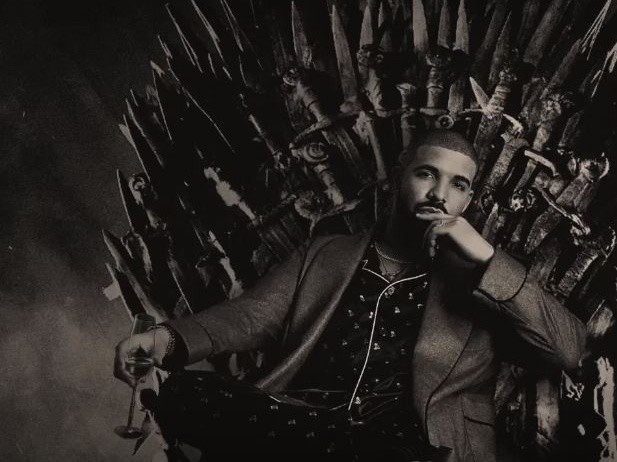 The countdown for the premiere of the much-anticipated seventh season of Game Of Thrones is officially on, and to hold eager fans over until Sunday (July 16), rapper/producer Tony K has released a Drake/GoT mashup titled Views From The Throne.

The mix blends popular tracks from Drake, including “Pound Cake” and “Marvin’s Room,” with the foreboding tunes featured on the Game Of Thrones soundtrack.

The release comes about a year after the Detroit-based producer dropped The Don Killuminati: The Seven Kingdoms, a similar mix that featured verses from Tupac Shakur.

“I decided to do this mashup after doing a 2Pac and Game Of Thrones version of it last year and everyone kept asking me to do another. I decided to go with Drake because he has earned his title as one of the best currently doing it and I heard he is a Game Of Thrones fan,” Tony told HipHopDX via email.

Drake has actually name-dropped the show in his bars on If You’re Reading This It’s Too Late, rapping, “I pull the knife out my back and cut they throat with it, momma / I’m Game of Thrones with it, momma,” on “You & The 6.”

“The main similarity I see in Drake and this applies to Hip Hop in general is the desire to be number one, just like how in Game Of Thrones everyone wants to rule the Seven Kingdoms. It applies to how competitive Hip Hop is. Everyone wants the throne,” Tony explained.

Check out the tracklist and a stream for Views From The Throne below, or download it for free here.