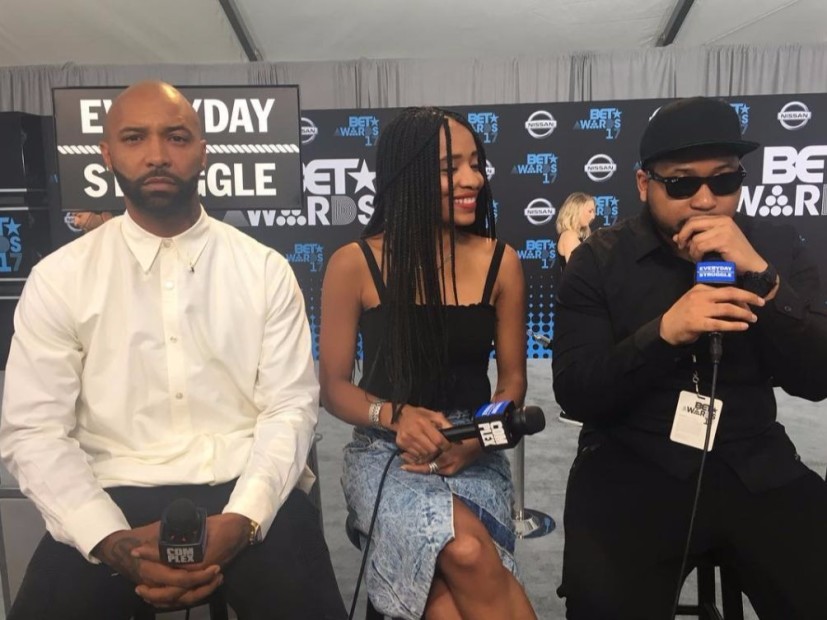 By now, most Hip Hop fans know about the infamous red carpet interview at Sunday night’s (June 25) BET Awards involving Joe Budden, Migos and DJ Akademiks. Things got a little heated after Ak asked Takeoff about “Bad & Boujee,” ultimately causing Budden to drop the mic and storm off the set, while Migos stood up like something was about to go down. Security got involved and the incident was quickly over.

Had the pleasure of speaking w Migos. ? Tomorrow on #EverydayStruggle

Not only did the incident spawn some hilarious memes, but it also prompted Budden to call Akademiks “one of the biggest pussies” he’s ever met during an episode of the #JoeBuddenPodcast posted Wednesday (June 28) when addressing the situation.

“DJ Akademiks is one of the biggest pussies I’ve ever seen in my entire life,” Budden told hosts Rory and Mal. “He should never comment on anything that has to do with physicality. Well you gotta stop talking sometimes when you’re a pussy … there’s nothing wrong with being a pussy, but you got be a pussy to the corner sometimes. Just shut up.”

When Rory and Mal pointed out people are interested in hearing from Migos, he retorted, “I don’t give a fuck!” Budden appeared less than amused when his co-hosts said he was a media personality and had to do certain things he might not want to do — like interview Migos.

“No the fuck … no I do not,” he fired back.”No I do not ever have to talk to fucking Migos … Well, I did, but only because I was at the red carpet.

He mentioned Complex insisted he do interview with Migos, who he calls “shady,” but had it been left up to him, he clearly wouldn’t have done it. “Migos get up there,” he explains. “They shady from the jump. They ain’t dappin’ niggas, they got attitudes. I’m like really? This is what you wanted to interview?”

Throughout the rest of the interview, Budden continues to detail the whole scenario. Watch it in its entirety above.