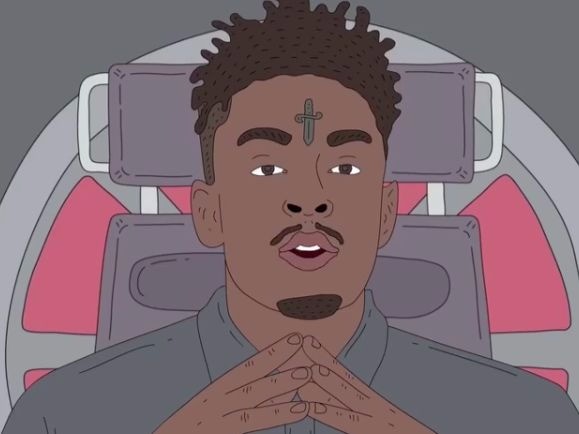 After unintentionally becoming a “super villain” during his interview with ESPN’s Highly Questionable earlier this year, 21 Savage is getting the last laugh. Countless memes popped up after the interview aired and even caught the attention of Justin Bieber, who reposted the screenshot to his Instagram account. Now it turns out 21 Savage is making the best out of being the punchline to the internet’s jokes.

The “Savage Mode” artist has teamed up with social-video network WeBuyGold for a new animated short-form series, The Year 2100, which features the multi-platinum rapper.

“I’m excited to bring this cartoon villain to life and for my fans to see a new side of me,” 21 Savage said in a press release. “The Year 2100 intrigued me as it was the perfect opportunity to combine my music with a new medium and share it with my fans.”

Set in the year 2100, the series finds 21 Savage voicing himself as an animated super villain who controls the world with his music. The six-episode series was inspired by the aforementioned viral meme. New episodes will premiere weekly on WeBuyGold’s Instagram feed, and will also be distributed on Facebook and YouTube to give fans additional viewing options.

Watch the first episode below.

NOW PLAYING ? Ep. 1 of The Year 2100 ft. @21savage. Follow as Emperor 21 Savage tries to maintain control over the Slaughter Gang. #staytooned to @webuygold for Ep. 2 of #theyear2100 coming next week.