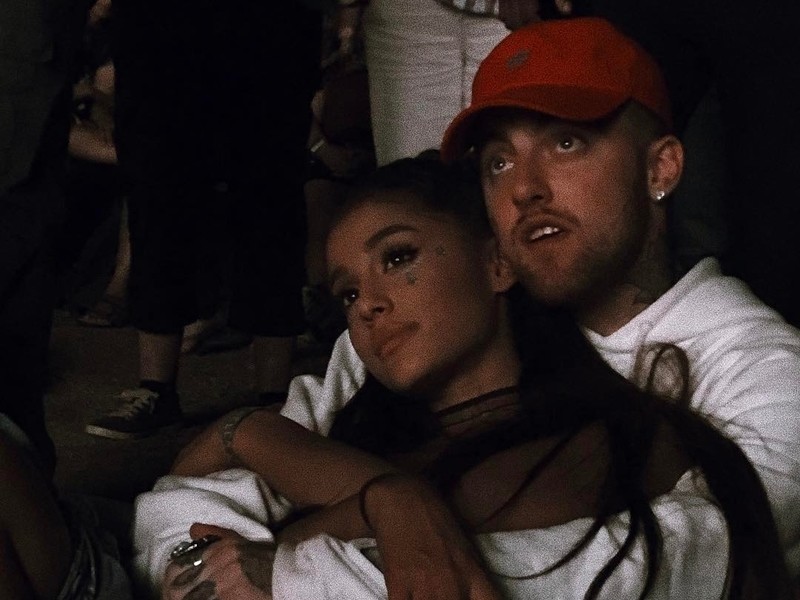 Boca Raton, FL – Mac Miller was in Boca Raton, Florida on Tuesday (May 23) to welcome his girlfriend Ariana Grande home following a traumatic experience. Grande made her emotional return to the United States following a terrorist attack at her Monday (May 22) concert in Manchester, England that killed 22 people and injured dozens more.

The Daily Mail captured photos of Grande’s arrival in Boca Raton, where the pop star was still rattled by the recent event. Miller greeted her at the bottom of the plane’s airstair and the two embraced with a kiss. Miller was also pictured hugging Grande’s mother Joan.

Grande, Miller and others left the airport quickly in a caravan of SUVs and reportedly went to a family member’s residence in a gated community. Police cars were also stationed outside the home of Grande’s mother.

The deadly explosion at Grande’s concert forced British Prime Minister Theresa May to raise the UK’s threat level to critical. May announced that intelligence services believe another attack may be imminent, according to CNN.

Twenty-two-year-old Salman Abedi, a British-born man whose parents immigrated to the U.K. from Libya, has been identified as the suspected suicide attacker. ISIS has claimed responsibility for the attack, but offered no evidence to support its involvement.

Abedi allegedly denotated a homemade bomb in a public concourse of the Manchester Arena around 10:30 p.m. on Monday, The New York Times reports. He died in the attack.

Ariana Grande received by her boyfriend Mac Miller In Her Return Back To The States after… https://t.co/rPiRYXVPJa pic.twitter.com/Df3IDE9tQ4