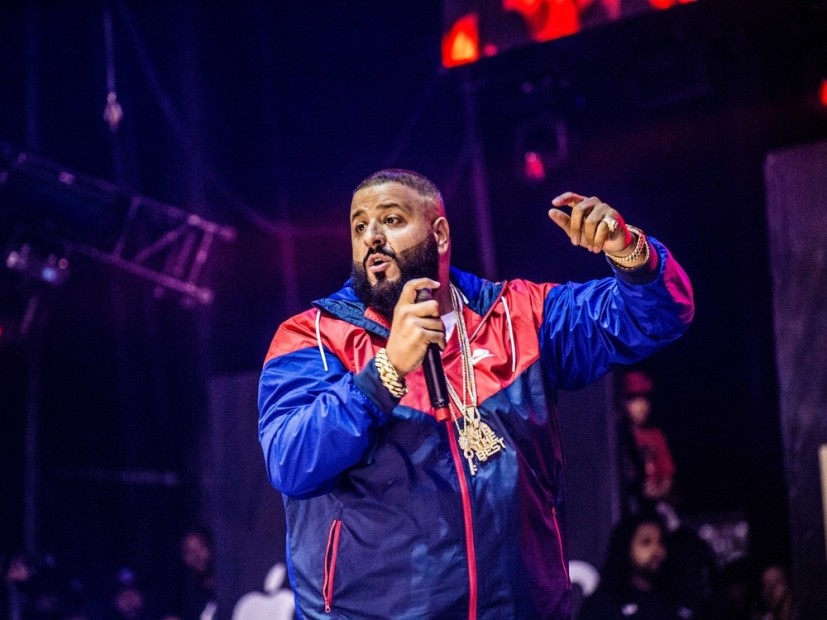 Las Vegas, NV – DJ Khaled is deciding to stand by former Epic Records chairman L.A. Reid after the mogul’s departure from the label. Despite sexual harassment allegations looming over Reid, Khaled praised the longtime Sony Music employee when doing an interview at Sunday’s (May 21) Billboard Music Awards in Las Vegas.

“L.A. Reid, he a legend,” Khaled told the Associated Press. “I’m sure he got some amazing things about to happen. You know nothing but love for L.A. Reid.”

Khaled called Reid “a good friend” and showered the music industry executive with praise. The man behind the hit single “I’m the One” compared Reid to Motown Records founder Berry Gordy.

“He’s the Berry Gordy of our time,” Khaled continued. “L.A. Reid is amazing. That’s my thoughts. He’s an amazing person and he’s a great executive, a great music mogul and he’s a great friend.”

Khaled seemed unfazed by the controversy surrounding Reid, focusing strictly on the positives. Although Reid is no longer running things at Epic, Khaled still expressed a strong sense of loyalty to his old boss.

“I mean, at the end of the day it’s you know, L.A. expects me to be great, you know what I’m saying?” he shared. “And I’m going to continue being great and he going to be proud of me. And that is that.”

Reid’s sudden departure from Epic was a shock to many. The situation became clearer a few days later when reports emerged of an unidentified employee accusing Reid of harassment in a letter sent to Sony Music’s General Counsel Julie Swidler. Reid was accused of making inappropriate advances toward the woman at a holiday party and asking her to lie in bed with him during a business trip.