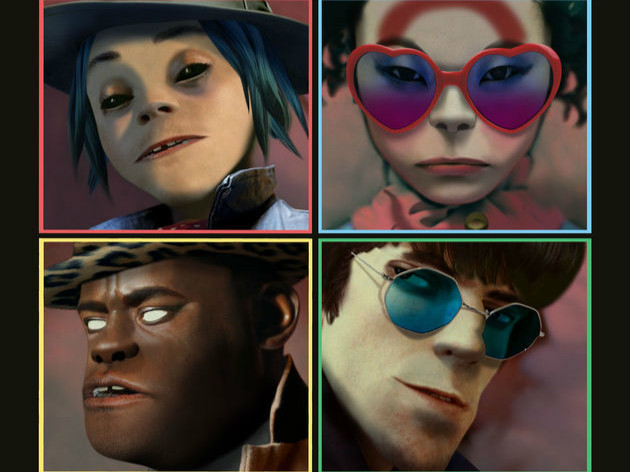 Recorded in London, Paris, New York, Chicago, and Jamaica, the album was produced by Gorillaz, The Twilite Tone and Remi Kabaka, according to a press release. In an interview with Billboard, Albarn explained his intent to create something not overtly political, but rather an emotional response to politics, and why he edited any mention of Trump out of the album, saying: “I don’t want to give the most famous man on earth any more fame, particularly. He doesn’t need it.”

He also admitted some of the features were chosen based on his desire to impress his 17-year-old daughter, who is a fan of rappers like Brown and Staples.

Gorillaz has been employing the talents of Hip Hop artists since its 2001 debut, Gorillaz, which featured Dan The Automator and Del The Funky Homosapien. Albarn and Hewlett have also worked with MCs like MF DOOM on 2005’s Demon Days, and Snoop Dogg and Mos Def on 2010’s Plastic Beach. Humanz finds the Gorillaz clearly adhering to the same formula with its heavy rap features and unique musicianship. It also is reported to include a contribution from Oasis mastermind Noel Gallagher who was curiously left off the tracklist.

Check out the Gorillaz Humanz album stream above and the cover art and tracklist below.