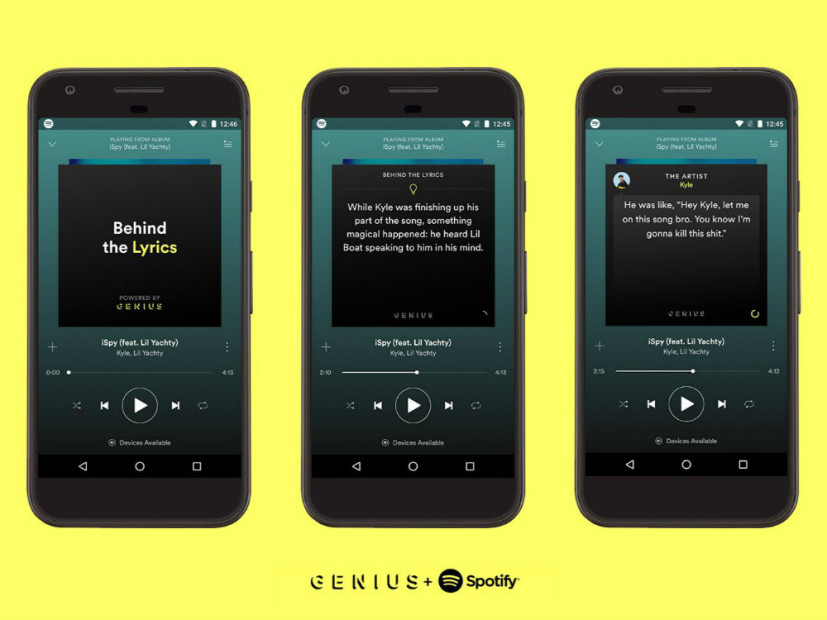 Spotify & Genius Bring Popular "Behind The Lyrics" Feature To Android

Now, practically all Hip Hop fans can quench their thirst for knowledge equally as Spotify and Genius have released their “Behind the Lyrics” feature to Android.

The program was initially introduced to iPhone iOS last year with “Fact Tracks” where users were given anecdotes to songs right as the music played.

To celebrate the expansion to Android, Khalid is sharing the stories behind every track on his American Teen album. The rising star shares why he believes in the program.

“Genius’s Behind the Lyrics on Spotify is very helpful because it gives you insight on what the artist was thinking about when they created the record. It also lets you think about things you didn’t think of before,” Khalid says to Spotify. “You listen to a record, and you interpret it your own way. But with this, you can see what the artist felt. ‘You know what? Maybe it doesn’t mean what I thought. Maybe it means this.’ But at the same time, music is universal. Music can mean anything you want.”