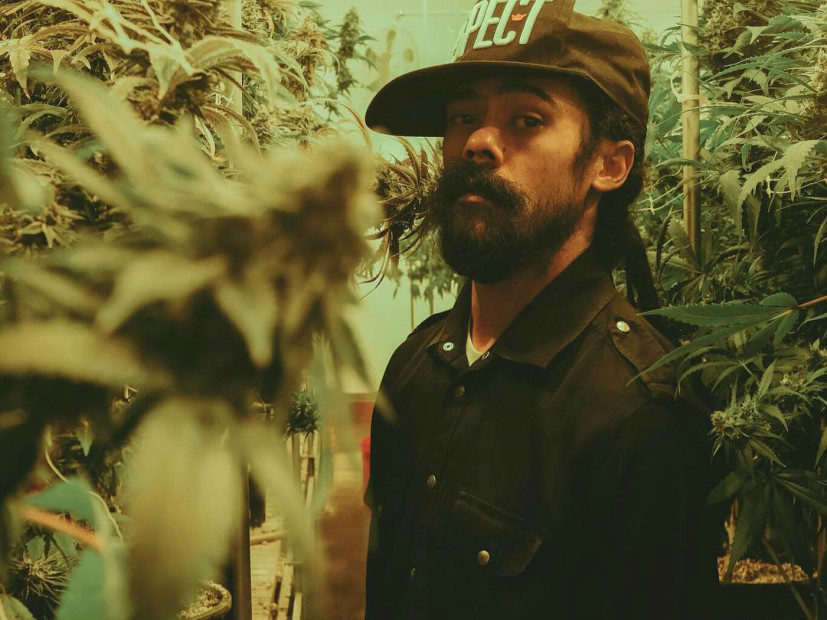 Reggae legend Damian Marley is ready to return after mulling over ideas for his Stony Hill album for a decade. The native Jamaican told an intimate crowd at a listening session at Los Angeles’ NightBird Studio that his focus on the 18-track project was laser sharp this past year as he ground out the recordings in the West Coast city and Miami. He also revealed why this album is very personal to him.

“Stony Hill is a place in Jamaica where I grew up, so it’s kind of paying homage to my upbringing,” he shares in an interview with HipHopDX at the event. “Also, the significance of the place itself is that it’s really on the more confident side of tone, more kind of on the wealthier side of things.”

Marley previously shared the single “Nail Pon Cross” along with the announcement that he was opening a marijuana dispensary in Denver. The business has gone well so far and the Grammy-winner is expected to release another single, the aptly titled “Medication,” on 4/20.

“We’re actually going moving on now,” he says of Stony Hill Dispensary. “The one that we do have currently open, we’re gonna be moving from there and moving onto some new locations and opening a few more dispensaries out in Denver. So that’s really good in that kinda case of being part of the marijuana industry.”

In regards to the industrialization of cannabis culture, Jr. Gong says he is used to the business side of it, considering he, his family and friends all grew up smoking Mary Jane. However, he explains why the medical uses for the flowery plant catch his attention.

“The most intriguing part of it to me so far has been all of the developments in terms of the medical purposes really,” he says. “Because of course we’ve been smoking for years and it’s always been a part of our culture. So that’s nothing new really for us. So what comes out in all of the recent developments on the medical side and all of the illnesses that it’s helping, that’s really interesting to me.”

“The use of CBD so far of what we know of it’s been used for example, kids, or I guess people in general, I guess who have seizures, it’s been shown to have promising results in that department,” he continues. “Of course with cancer patients, helping people to regain their appetite after they take certain treatments and whatnot. It’s showing good promise in a lot of those areas.”

When asked about the significance of the 4/20 holiday, Marley admits he doesn’t know much of the background of the day, but understands it’s importance in marijuana education. He will celebrate the day this year with TIDAL’s High Times event on Sunset Boulevard.

If you are in the Southern California area on 4/20, you're invited to the High Times Magazine + Tidal X 420 Celebration at Boulevard 3 in Hollyweed, CA. Free event. RVSP:https://jrgong420-9pm.eventbrite.com

“It raises a lot of awareness because of the celebration of it,” he says of 4/20. “I don’t really know, I was having a similar conversation with somebody the other day, where I was saying I don’t really know the history behind why that date was chosen or where the whole beginning of that date being celebrated came from, but at the end of the day, it’s still the fact that it does raise awareness to why marijuana is positive, is a good thing.”

Another good thing Marley sees that some like Mr. Vegas and Sean Paul might not agree with is the globalization of music. Artists like Drake have caught a lot of flak for seeming to take the sounds of dancehall without proper attribution. But the Caribbean icon believes Reggae is in safe hands.

“I think it’s happening to all music,” he concedes. “All genres seem to be doing a lot of melting into each other. It’s kind of becoming more difficult to define anything as one particular genre because they’re all being influenced by each other. That’s just because of the communication of the internet and again, just being so much more in touch with the world and up to date with what’s going on. So at the end of the day, it’s great. No matter what, it’s still great exposure for the culture, when it comes down to people using Reggae.”

Damian Marley’s Stony Hill album is due out July 21.