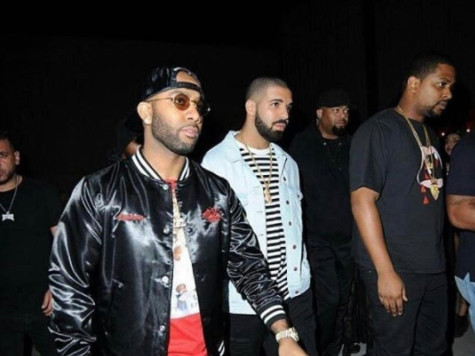 Son of Rap-A-Lot founder J. Prince, Jas Prince, has reportedly sued Cash Money Records founders Bryan “Birdman” Williams and brother Ronald “Slim” Williams for a second time, according to new legal documents obtained by TMZ. The younger Prince, who initially hooked Drake up with the management company Aspire Music Group and Cash Money, has been embroiled in a financial fight with the Cash Money CEO since 2015, when he originally attempted collect on the money he says is owed to him.

According to the new lawsuit filed in New York, Birdman has consistently ignored any contractual duty to pay Aspire Music one-third of his Drake profits. The lawsuit also claims Birdman signed Drake to an exclusive deal in January 2013, but the new contract allegedly breached Drake’s original one.

The contract “further provides that Defendants are to pay Drake more than $10 million that should have been paid to Aspire, including at least $4 million in connection with albums that were previously produced pursuant to the Aspire/YME Agreement,” says the lawsuit.

Prince is no stranger to lawsuits. In 2014, he sued Young Money, which is under Cash Money, for $11 million over Drake’s unpaid royalties and reached a settlement in 2016. This time, he’s apparently intent on winning again. Aspire, which Prince partly owns, has reportedly hired attorney Marc Kasowitz, who also represents President Donald Trump. Last week, Prince’s father went on record assuring people he would get the money back even if it’s “in [Birdman’s] ass.” Watch the clip above and read the official court documents here.