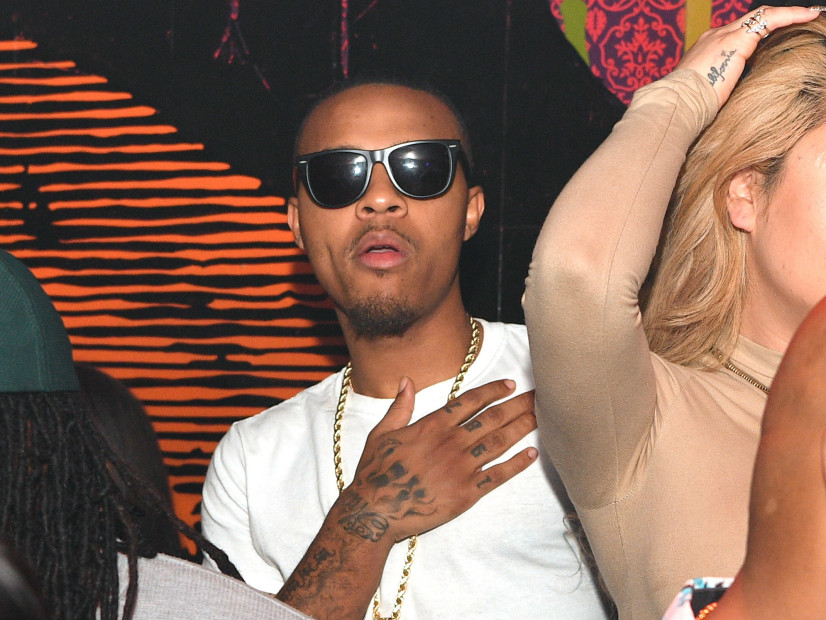 Soon after President Donald Trump called Snoop Dogg a flop while threatening him with jail time, Bow Wow came to the rescue with an obvious contagious case of Twitter fingers and threatens to push the First Lady, Melania Trump, into prostitution.

Ayo @realDonaldTrump shut your punk ass up talking shit about my uncle @SnoopDogg before we pimp your wife and make her work for us.

Bow Wow, who goes by his government name Shad Moss now, returned a threat Donald Trump gave Uncle Snoop for depicting him as a clown in the visual for BADBADNOTGOOD’s remix of “Lavender,” and creating a mock assassination.

“Can you imagine what the outcry would be if @SnoopDogg, failing career and all, had aimed and fired the gun at President Obama? Jail time!” Donald tweeted out Wednesday morning (March 15).

Florida Senator Marco Rubio also expressed distaste over Snoop’s visual and believes that the image could present the wrong idea.

“Snoop shouldn’t have done that,” Rubio said. “We’ve had presidents assassinated before in this country, so anything like that is something people should really careful about. [If the] wrong person sees that and gets the wrong idea, you could have a real problem. So, I’m not sure what Snoop was thinking. He should think about that a little more.”

Another fellow rapper who came to Big Snoop Dogg’s defense is T.I., who has been as equally vocal about the disappointment in Donald Trump’s presidency. He basically held a roast session in the caption of a screenshot of Trump’s tweet posted to his Instagram.

Director of the “Lavender” visual, Jesse Wellens, has come forth and assured the President that it’s just a joke.

I think I made some people a lil upset. It's just art?

As much as people support Uncle Snoop, Twitter does not co-sign Shad Moss.

When Snoop read the "WE" part of Bow Wow tweet about Trump and Melania. pic.twitter.com/ri14fOAyk1

Bow Wow is the first person in history to slander Trump and have people come to Trump's side lol pic.twitter.com/JaP06bGu8L

Bow Wow: “he better shut up or we gonna pimp his wife!! Guys, AMIRIGHT!?”

Bow Wow not getting the reaction he thought he was going to get pic.twitter.com/KbtyfiSaCQ

Bow Wow temporarily created a cease-fire between the Right and Left while everyone agreed to call him an idiot in tandem. What a hero.

Us black people every time Bow Wow says something pic.twitter.com/M6X4Hw2sxb

Bow Wow looking at the black community for some support. pic.twitter.com/GusztMmwhz