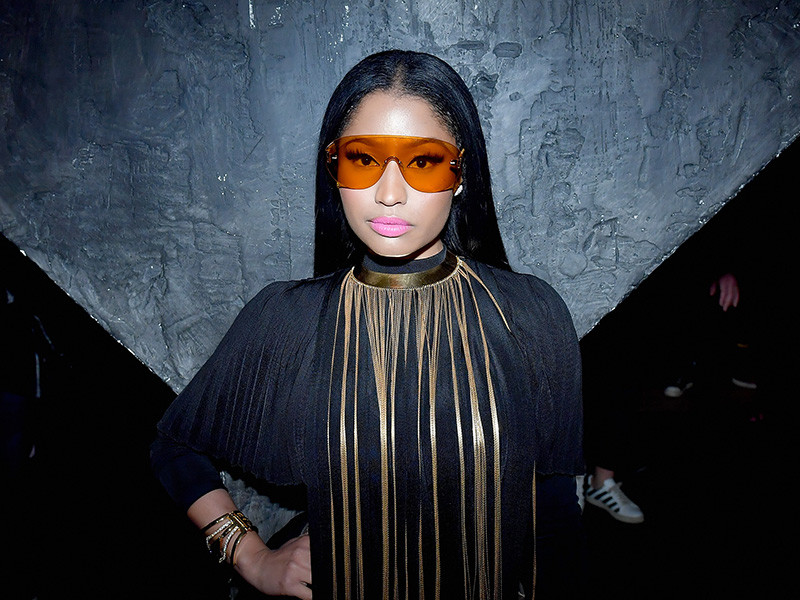 Nicki Minaj Sends Shots Back At Remy Ma On "No Frauds"

After several days of radio silence in her war with Remy Ma, the wait for Nicki Minaj’s official response is over.

The track comes as part of a three-song release that Minaj dubbed a #3PackFromParis.

“You can’t be Pablo if your work ain’t sellin’/ What the fuck is this bitch inhalin’?/ I would’ve helped you out that pit you fell in/I am the generous Queen! Ask Ms. Ellen/ Tried to drop ‘Another One,’ you was itchin’ to scrap/ You exposed your ghostwriter, now you wish you were scrapped.”

It only gets more vicious from there.

The next few bars find Minaj dropping seething lines about Drake laughing at Remy’s attempt to go “Back To Back” and questioning Remy’s integrity. “Heard your pussy on ‘Yuck,'” she spits. “I guess you needed a pap/ What type of bum bitch shoot a friend over a rack?/ What type of mother leave her one son over a stack?/ Lil Boogie down basic bitch thinkin’ she back/ Back to back, oh you mean, back to wack?/ ‘Back to Back?’ Me and Drizzy laughed at that.”

She then goes on to assure her listeners that album sales, in fact, do make a difference and denies she ever signed a 360 deal, as Remy alleged in “SHETHER.”

“They say numbers don’t matter,” she continues. “But when they discussin’ the kings/ They turn around and say LeBron ain’t got six rings/ I never signed a 360, bitch you wild dumb/ That’s why Jay ain’t clear his verse for your album.”

Finally, Minaj seemingly touches on the risqué, less-than-flattering photo of her that Remy posted to Instagram, alluding she has ammo in her arsenal as well. “Shanaynay, you a fraud committin’ perjury,” she raps. “I got before and after pictures of your surgery/ Rah took you to her doc, but you don’t look like Rah/ Left the operating table, still look like ‘nah.'”

Remy recently expressed regret over “picking apart a female,” but after this, she may find her fire has been reignited and might just want to jump back in the ring.