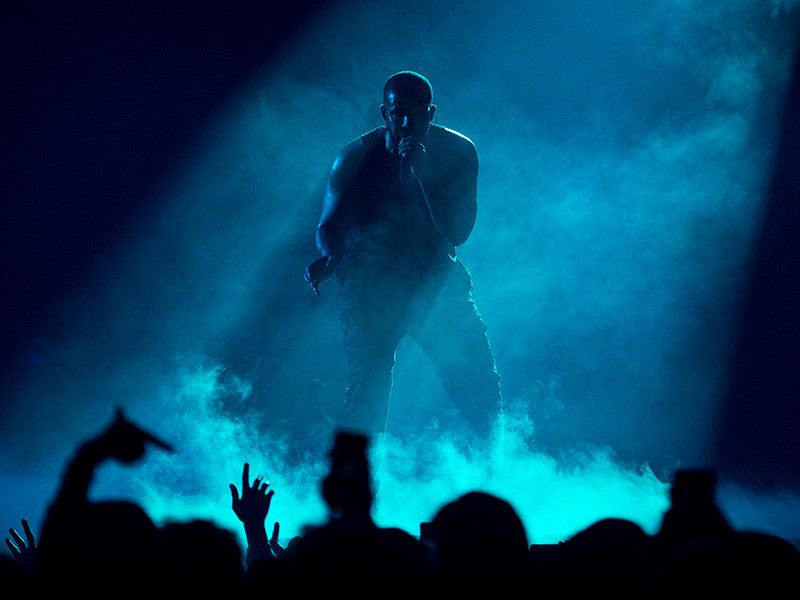 At his concert in Copenhagen, Denmark on Tuesday night, Drake donned a Kanye West mask — not the infamous jewel-encrusted mask from Yeezy’s Yeezus Tour, but instead what looks like a simple paper cutout of the “Famous” rapper’s face.

#drake performing in a #kanyewest mask ??

While some reports suggest that the mask was brought by a fan and Drake just grabbed it for a spontaneous onstage moment, others have speculated that Drake’s move was a decision to troll West after the Chicago rapper said that Drake’s music is overplayed (and then denied saying it). Drake has mentioned this before — last month in an interview with DJ Semtex on OVO Sound Radio, Drake complained that he’d gone from working with ‘Ye to him “shitting on [him] and Khaled for being on the radio too much.”

The two had teased that they were working on a collaborative project together, although chatter about that has gone silent as of late.

The short clip from Denmark posted by DJ Akademiks sees Drake saying, “I got the Yeezy mask on now, y’all can’t fuck with me tonight.” It all looks and sounds rather impromptu, and nothing about it comes across as malicious.

This isn’t even the first time Drake has masqueraded as Mr. West.

Since then, the dynamic between the two superstars has changed.

In September 2013, Drake described Kanye as “the guy that’s trying to outthink and outdo” and that Kanye was, for him, the person that he aspired to surpass.

Drake had the highest-selling album of 2016, and has won accolade after accolade, including Best Rap Song at the 2017 Grammys for “Hotline Bling,” where Kanye was shut out.

Has Drake successfully surpassed Kanye in 2017? Fight it out in the comments.