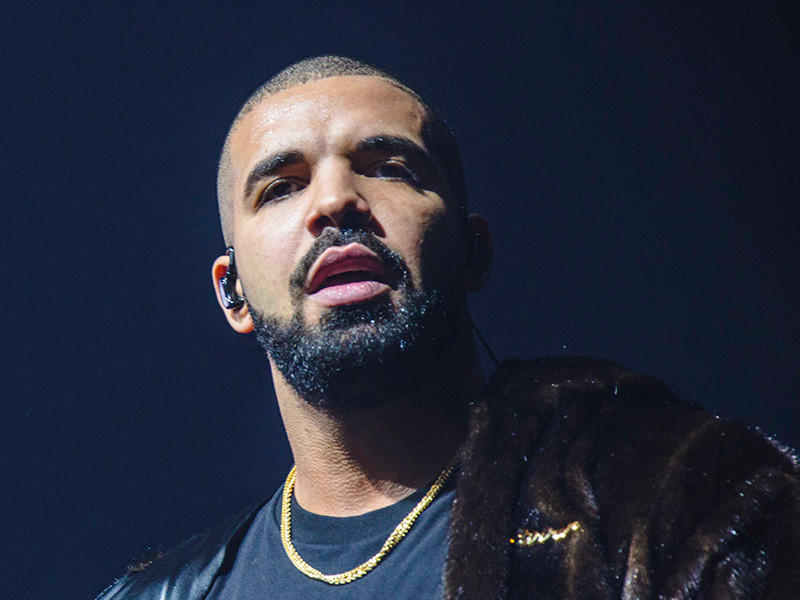 Drake has become infamous for his scarcity on the interview front but has used the platform in recent times to share with fans his thoughts on what’s being going on behind the scenes. The OVO captain’s latest chat with DJ Semtex on Saturday’s edition of OVO Sound Radio zeroed in on Kanye West’s onstage verbal attack last November, and their talk expanded into the Meek Mill beef and much more.

The interview, which took place last Monday (Feb. 13), opened with DJ Semtex reminding Drake of an interview the pair did years back that inspired the goodwill of the VIEWS artist to reach out and connect once more. The discussion ranged from Drake’s early rise and how Dr. Dre had him fax lyrics and join the Detox writing camp, getting paid $10,000, and eventually losing that deal because he blew off studio time to stunt with a girlfriend in Los Angeles.

“It was a huge life lesson for me and I still have that … Actually, when Dre came out at The Forum, I brought him the $10,000 [check][because] I had saved the actual hard copy of it, even though I got the money for it, they let me keep a copy of the [check],” Drake said.

Switching gears to West, Drake mentioned a miscommunication he had with the Chicago artist regarding the track “Pop Style” from the VIEWS album. The album version of the track had no features, but an earlier version of the song featured The Throne, the duo consisting of West and Jay Z.

Drake explained that Jay’s lack of a full verse and other miscommunications led to him finishing the song for the album without the guest spots.

“Yeah, I was dealing directly with Ye and that’s the version that he sent me and that was what we talked about and he was like ‘Man you know this is like ‘Pop Style’ featuring The Throne? This is huge,’ and I was excited obviously — anybody would be excited to see them link back up. And then I didn’t know what I was gonna hear. So when I heard Jay had two bars, I was like, alright it is what it is, it’s cool I like that, it’s a little intro and Kanye goes off. And then you know I’m not really sure the details between how that conversation was miscommunicated or what they were going through at that time, or what anybody felt towards me or whatever it was,” Drake said.

West ranted last year at varying intervals regarding music politics, which may have been alluding to the “Pop Style” omission. West also took shots at Drake and DJ Khaled’s dominance on radio, prompting a stern response from Drake, saying in the interview that he didn’t understand why the shot took place.

“I don’t know, I think everybody has their own little things going on, I’m not really sure what he’s referring to half the time, because in the same breath, I went from being … like working on a project with him, to him sorta publicly shitting on me and DJ Khaled for being on the radio too much,” said Drake.

Another highlight of the interview was the much-discussed Meek Mill clash and Drake didn’t bite his tongue about the Philadelphia rapper.

“You can ask me about a bunch of people in this interview and you can literally ask me what my problem is with them and I’ll tell you I don’t have one,” explained Drake.

He added, “When somebody makes a decision to say ‘Alright everybody’s supporting this guy, maybe I should be the guy to go against him,’ or they just have a series of events that gets them aggravated enough to do that, that’s what happens you know and unfortunately on display for the world, that was a terrible impulsive decision because you weren’t ready.”

Drake told Semtex that someone in the industry who is known for winning such verbal battles gave him advice to “finish this forever” but declined to say who it was. He said there’s no hate in his heart toward Meek, but he was out for revenge and felt that the rapper’s attack on his writing ability could have potentially ended the validity of his career. And while the relentless “Back To Back” truly signaled a win for Drake, he said the events took an emotional toll on him.

Check out a full transcript of the interview on DJ Semtex’s website.