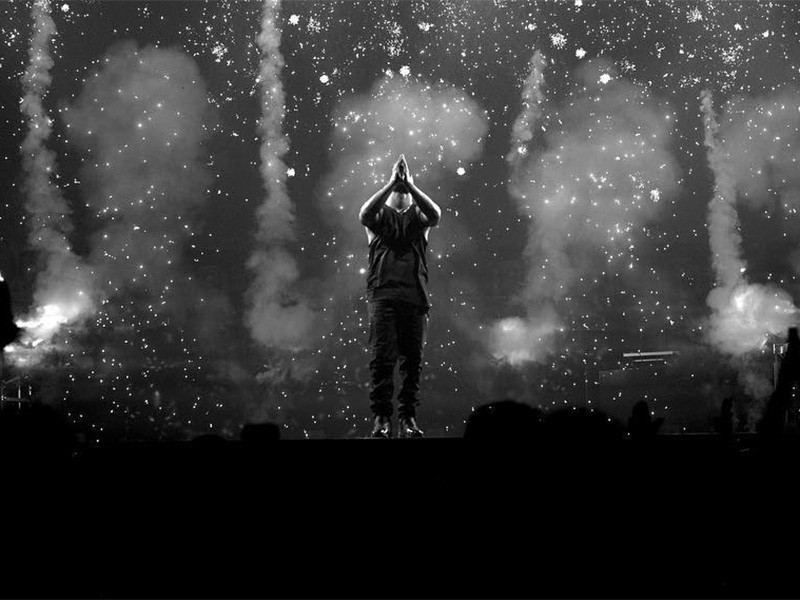 Arguably one of the biggest names to grace the stage was Dr. Dre, an artist who Drake described as “the first person to ever give me a paycheck to make music.” With help from the audience, the West Coast legend performed his 2001 record, “The Next Episode.”

A video posted by Serendipity Lilliana (@serendipitylilliana) on Sep 30, 2016 at 1:02am PDT

In addition to Dre, other artists who hit The Forum stage included Ice Cube, Big Sean, and French Montana.

Despite summer coming to an official end last week, Drake and Future’s Summer Sixteen Tour is still going strong. Next month, the tour is scheduled to make stops in Brooklyn, Chicago, Philadelphia, and a handful of other cities.

Last year, Drake recalled writing for Dr. Dre around the time he was working on Detox, in John Seabrook’s book, “The Song Machine: Inside The Hit Factory.”

“It was some of the most strenuous militant shit I’ve ever done,” Drake said in the book. “But no useable songs came out of it. When I think of how he worked us, it’s no wonder he didn’t get anything out of it. It was just writers in a room churning out product all day long.”