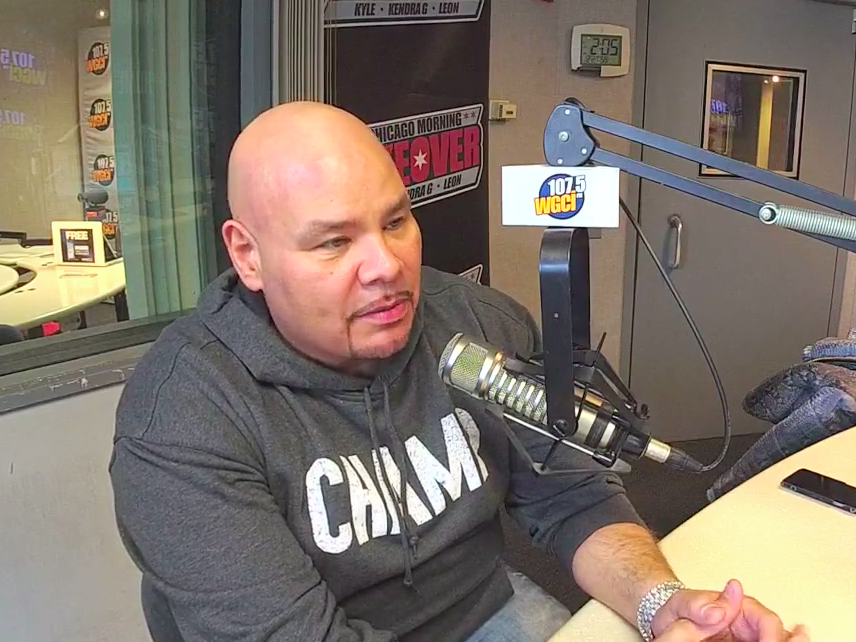 Remy Ma’s Plata o Plomo partner Fat Joe found out about her scathing Nicki Minaj diss song “SHETHER” on social media like everyone else, he reveals during a WGCI 107.5 radio interview on Live with Tone Kapone this morning (March 2).

“I woke up like you to a phone ringing 1000 times,” Joey says. “The phone was ringing so much I couldn’t even listen to the song for like two hours.”

Although the Grammy-nominated Bronx rap star has declined to comment on the “SHETHER” diss track itself, he does deny having any hands in its curation, citing that he won’t get involved in a beef that involves two women.

That doesn’t mean he isn’t eager to see how Nicki Minaj will come back at Remy.

While he insists on staying out of the feud, he does believe that time is running out for Minaj to respond.

“That clock tickin’ bro,” he added.

Since Remy Ma dropped “SHETHER,” many in Hip Hop have chimed in, especially those dragged into the drama between Nicki and Remy by name.

Trey Songz found himself having to clear up allegations that he slept with her in an Instagram post and later against Nicki, who was mad because she felt like he “indirectly” addressed the snipe.

Hot 97’s Ebro Darden was also named in the diss track as someone who Nicki cheated with and also declined having relations with The Pinkprint rapper but admits to one time grabbing on her thigh.

The Game, in usual fashion, inserted himself into the beef by vehemently caping for Nicki Minaj in an Instagram post calling out Meek Mill for liking a disrespectful meme against the woman who stood by him when he was catching L’s left and right in his own lyrical beef with her label mate Drake. He later wrote his own diss rap toward Meek and posted it to Instagram.

Meanwhile, her ex-boyfriend Safaree, who has reportedly been credited with helping her write her rhymes during the course of her career, like Fat Joe, plans on staying out of the debacle and thought Remy’s diss was quite disrespectful.

So far, there have been no signs of Nicki Minaj returning the favor. She’s been too busy filming visuals for the song that made Remy come at her in the first place, “Make Love” with Gucci Mane and another video with Future.