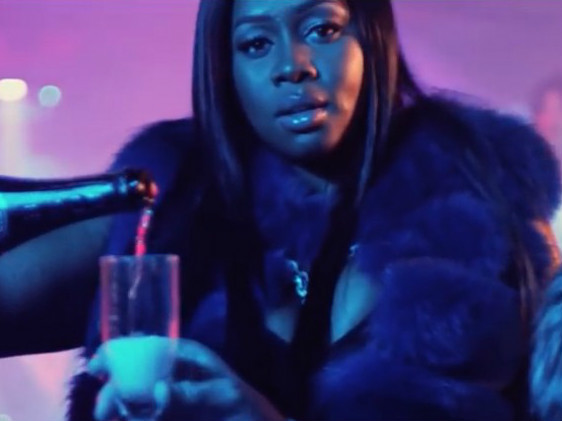 New York, NY – For Remy Ma, the Love & Hip Hop: New York star’s recent Grammy Award nod for “All the Way Up” featuring Fat Joe and French Montana was a hard earned victory for the Terror Squad staple. After serving six years in prison for assault, weapons possession and attempted coercion, her rap comeback has been nothing short of miraculous. With her husband, Papoose, diligently by her side, she’s been able to put the pieces of her life back together.

When the 59th Annual Grammy Award nominations were revealed on Tuesday (December 6), Remy Ma ended up being the only female rapper nominated, with “All the Way Up” having a chance to win Best Rap Performance and Best Rap Song. She immediately took to Instagram to voice her feelings on the announcement.

I've been thru a lot. Nevertheless, I've also been blessed- a lot. This news this morning was just another reminder of how u can never listen to "they" THEY said so many negative things not even worthy of being mentioned but THEY were wrong?im the only female rapper nominated this year ( was the only one in '05 too; don't worry tho I'm reppin for ALL my ladies) I am so humbled and appreciative. I feel like I won something just with the nomination RT. Congratulations to my brother @fatjoe Love you? to the #RemyMafia ; my fans are amazing, there's no me without you. And to my husband @papoosepapoose who never doubted for a second, even when I was unsure, you remained steadfast- you are THE BEST EVER?#RemyMa

“I’ve been thru a lot,” she captioned the photo. “Nevertheless, I’ve also been blessed — a lot. … im the only female rapper nominated this year (was the only one in ’05 too; don’t worry tho I’m reppin for ALL my ladies) I am so humbled and appreciative. I feel like I won something just with the nomination.”

She went on to congratulate her “brother” and D.I.T.C. rapper Fat Joe, and profusely thank her husband, who also showed his excitement via Instagram, for the endless support.

Hard work pays off!!!! Team work is everything!!!!This shit is a business!!!! Took me years to learn that!!!! @selfmademodel_ @2dt_janafi y'all got next!!!! #markmywords

“All the Way Up” dominated New York City radio this year and received the remix treatment from Jay Z, Fabolous, Meek Mill, Snoop Dogg, the Game and E-40.

The Grammy Awards air on February 12.