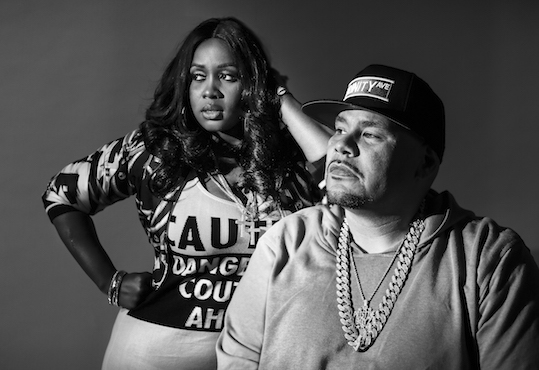 “All the Way Up” is one of the biggest hits this year thanks to Fat Joe & Remy Ma. The Cool & Dre produced track is steadily climbing the charts, earning around 24 million streams on Spotify and the video has put up over 27 million views on YouTube.

When discussing the success of the original single at Powerhouse 2016, both tell HipHopDX they were gracious by the track’s positive reception.

“Very humble and very appreciative like we put in a lot of work,” said Remy Ma to HipHopDX. “He [Fat Joe] prayed more than me! I been praying for years I had a lot of time to sit there and put my prayers so when he came and threw his extra prayer on top like we got all these blessings right now it’s definitely a blessing to be here.”

Released before Memorial Day weekend, the remix featuring Jay Z featured new verses from both Fat Joe and Remy. “Well, we had the opportunity to go with Jay Z, one of the greatest if not the greatest of all time and Remy’s favorite rapper so we had to go all out; we had to spit them verses,” Joey Crack explains.

According to Remy, the creation of the track was secretive like a CIA mission.

“Me personally, they don’t trust me, she don’t believe me, but Cool & Dre didn’t trust me with no Jay Z verse, not even my verse,” Fat Joe added. “They don’t trust me. They’re like ‘yo you’re going to play it for somebody, nah chill.’ So I think they did the best thing just letting me hear it the day of.”

If you think that’s interesting, Remy says she wasn’t even aware of who was on the remix.

“They wanted to surprise me,” she revealed. “So then they tell me who it is so I’m like yo let me hear it. It was literally like under lock and key bolt combination and then his verse was done the same way and mine the same thing like literally the first time I heard the song it was me, him and Jay Z altogether the day the song came out.”

The single is slated to be released on their joint project Platas o Plomo which is currently without a release date.

Check out the exclusive video below.