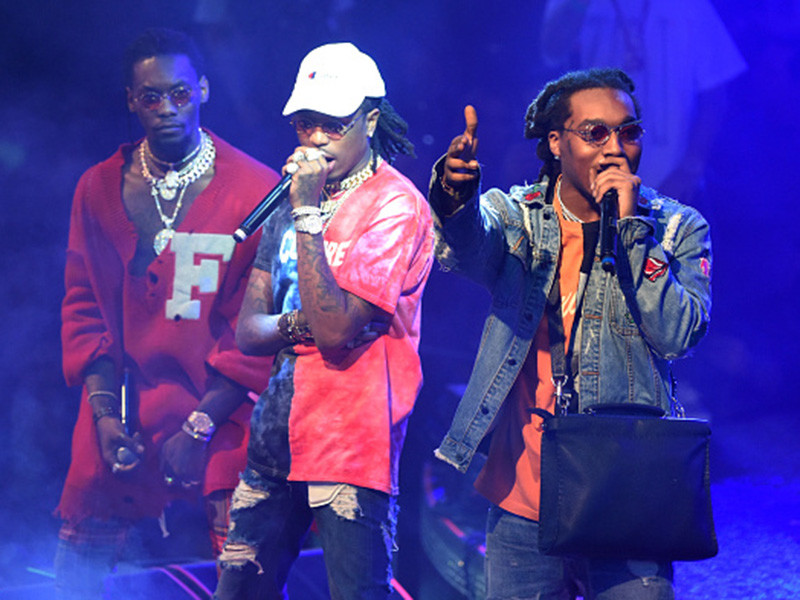 TMZ says that Sean Kingston was beaten “badly” after running into Migos at the Sands Expo and Convention Center in Las Vegas. The rap trio allegedly kicked the singer and stomped him on his head.

At one point, someone in Kingston’s crew reportedly pulled a gun and let off a lone shot. No one was struck by the bullet, but the entourage member was detained and placed in custody with the Las Vegas Police Department.

Though details remain scant, the brawl is said to have gone down over comments made about rapper Soulja Boy. Additionally, hours before the alleged assault happened, Migos and Kingston appeared to be on good terms in a video shared on social media.

Migos and Kingston both bounced following the altercation, but police eventually caught up with Kingston during a traffic stop. TMZ says the Miami songster was questioned but not arrested.

The members of Migos are not wanted by the law at the time of publication, but police are interested in speaking with the group about the encounter.

Although neither Migos nor Kingston have issued any official response to the incident, Quavo did share a photo with his middle finger up on Instagram earlier Wednesday (February 22).

Given the bizarre nature of the alleged beatdown, the social media reactions have been swift. Los Angeles rapper The Game, who previously beefed with Kingston, offered up a dose of sarcasm in a photo he uploaded to Instagram.

When no one got the video of migos jumping Sean Kingston pic.twitter.com/dptqLbpfol

I saw Sean Kingston trending & thought he died but turns out all he did was get jumped by Migos pic.twitter.com/DEjadLcmrg