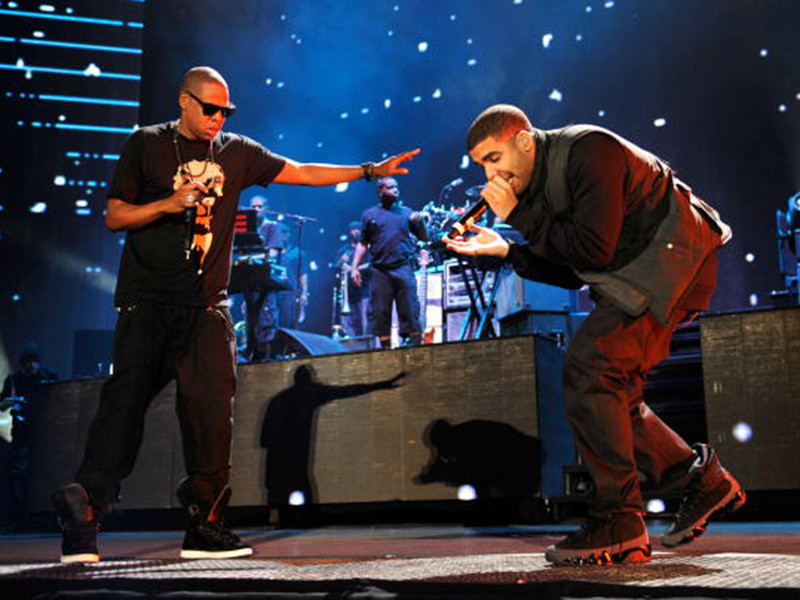 Just when the days of Jay Z and Drake trading sneak-disses seemed behind us, Hov may have just called out the Canadian rhymer on “Shining,” the latest musical offering from DJ Khaled.

After the surprise record dropped Sunday night (February 13), internet sleuths were quick to locate and fastidiously decipher what some see as a diss toward Drizzy.

The jab from Jay — who’s known for his many summertime hits — could serve as a response to Drake’s verse on the 21 Savage-assisted “Sneakin.'”

Jay Z didn't shout out 21 Savage. That was him taking a subliminal shot back at Drake. Cause he dissed Jay on sneakin. Real clever #Shining pic.twitter.com/U98wrs3OxE

Drake offered some subliminal shade on the song, rapping “You ain’t own it right away, you had to wait on niggas / Man, I’m only 29, have some patience with us / Plus I never met nobody from my label, nigga / I just pop up with the music then they pay a nigga.”

Given that Jay Z and Drake swapped subliminal disses last year courtesy of “I Got The Keys” and “Summer Sixteen,” this is just the latest in an ongoing saga.

The 2016 shade got off to an early start when Drake dropped “Summer Sixteen” in January and declared that he “used to wanna be on Roc-A-Fella then [he] turned into Jay.”

Jay fired back months later on “I Got The Keys,” rapping “Till you’re on your own you can’t be me.”

With Drake’s More Life playlist project promised before the end of February, and Jay Z seemingly working on a new project behind the scenes, fans probably won’t have to wait long for the next volley in this war of words.

Check out some of the reaction below.

Jay Z emptied out his subliminal clip on Drake lol

I love this subliminal war that Drake and Jay Z have. Also Kendrick occasionally joins in on the fun too. That's real hiphop. #Shining

@rihanna to Drake: You used to wanna be on Roc-A-Fella then you turned into Jay, go you