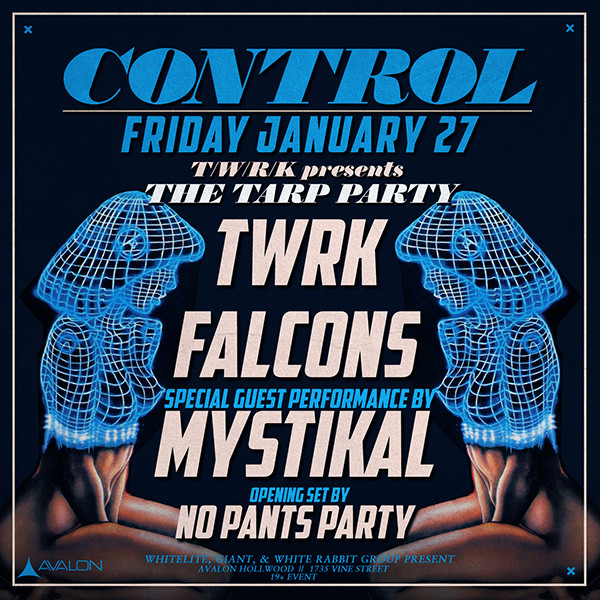 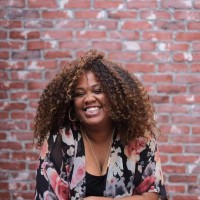 Los Angeles, CA – On Friday, January 27, catch TWRK throw down on the CONTROL stage as they present “The Tarp Party” at Avalon Hollywood along with performances by Mystikal, Falcons and No Pants Party! And guess what, we have tickets for you! ONE lucky winner will win a pair of tickets for you and your friend to see “Tarp Party” LIVE!

A New York-based electronic music duo, TWRK have one goal in mind: to make listeners move. Influenced by the sounds of N.E.R.D., Skrillex, and New Orleans bounce they have captured a aggressive bounce energy that would become their trademark. Before Diplo discovered their progressive talent, they release singles like “Trifecta” with DJ Sliink and Green Lantern, and “Do What It Do” with OG Maco. After signing with Mad Decent, the pair released their debut EP – We Are TWRK – which is a four-song collection of more booming-bass dancefloor fillers. Without hesitation, you can easily say TWRK has established themselves as the kings of the mid tempo jams.

With a rap sheet almost as extensive as his rhymes, the Grammy nominated rapper, Mystikal, has had his voice in a massive scope of hip-hop tracks over the last 20 years and is no doubt one of the Dirty South’s most recognized rappers. He was one of the leading rappers on Master P’s No Limit and released records with some of the most prominent rap and hip hop labels such as Big Boy, Jive Records, and Cash Money. Mystikal has worked with countless artists including, Ludacris, Lil Jon, East Side Boyz, and the list goes on. His tracks have peaked at number one on Billboard’s Top R&B/Hip-Hop Albums chart, number three on the Billboard 200, and he’s even reached double platinum. This will be a real treat to LA hip-hop lovers.

Hailing from Seattle WA, the DJ Duo NO PANTS PARTY’s mission is to make beats so good that strangers everywhere would feel compelled to get on the dance floor and rip their pants off. They have successfully struck a chord with L.A. nightlife, and these ladies plan to take over the AVALON floor with their blend of house, deep house, tech house, and G-house.

To enter to win, comment below explaining why YOU should be the lucky winner of these tickets. Make your case appealing folks!

We will select ONE lucky winner and contact them via email so make sure you are using the correct email when leaving the comment. Readers, help us out, see someone you think should win? Click the flame “fire” icon next to their comment to vote for them!