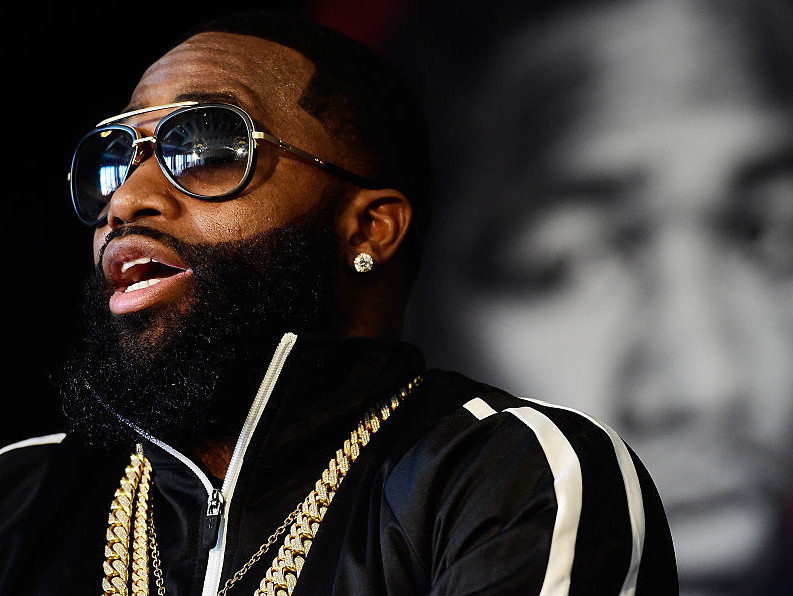 Los Angeles, CA – With his own fight coming up against Adrian Granados on February 18 at the Cintas Center in Cincinnati Ohio, former four-division world champion Adrien Broner took a minute to talk to HipHopDX about another heavily talked about fight: Chris Brown vs. Soulja Boy. Broner, who knows both of them personally got right to the point when we asked his thoughts on the two entertainers squaring off.

“I personally know both. I got personal relationships with both of these guys. They both are my friends and you know, Soulja Boy is a street guy. That’s his persona. When it comes to [the point where] you gotta shoot somebody he’s gonna do that, but when it comes to the real deal, throwing hands and knowing what you’re doing, I’m with Chris Brown cause I personally know that Chris Brown can really fight,” said Broner.

While nothing has been set in stone, what we know so far is this:

—Soulja Boy and Chris Brown are supposed to fight
—The Pay-Per-View bout might happen in Dubai
—50 Cent and Floyd Mayweather are involved in promotions
—Wack 100 has claimed that he’s running the show
—Mike Tyson is training Chris Brown
—One proposed undercard is 21 Savage Vs. 22 Savage
—The fight has inspired Riff Raff to challenge 50 Cent to the ring for $2 million
—Kodak Black also got inspired to challenge Lil Wayne to the ring, which he thinks will somehow determine who the better rapper is (still processing that one)

Before his own challenge, Broner is following in the footsteps of his mentor Floyd Mayweather, promoting a fight between newly crowned IBF Champion Robert Easter Jr. and Luis Cruz, which takes place in Toledo, Ohio on February 10. As far as his own fight with Granados, Broner says his maturity over the last couple of years will show this time around.

“I’m doing things differently. I used to go, like even if the direction said go right I’d go left. Now I’m starting to follow directions and go right,” noted the Ohio-bred fighter who stands at 32-2-1. “I’ve just been staying more focused, on-task and positive. I know the last year there’s been a lot of negativity around Adrien Broner’s name but now I’m just trying to stay clean and stay positive.”

Pound For Pound: Having conquered Ashley Theophane last April, Broner looks to the same to Adrian Granados come February 18 at the Cintas Center in Cincinnati, Ohio.

When asked which two rappers he would like to see square off Broner said Drake Vs. Meek Mill, also noting that he thinks Meek Mill would come out victorious.