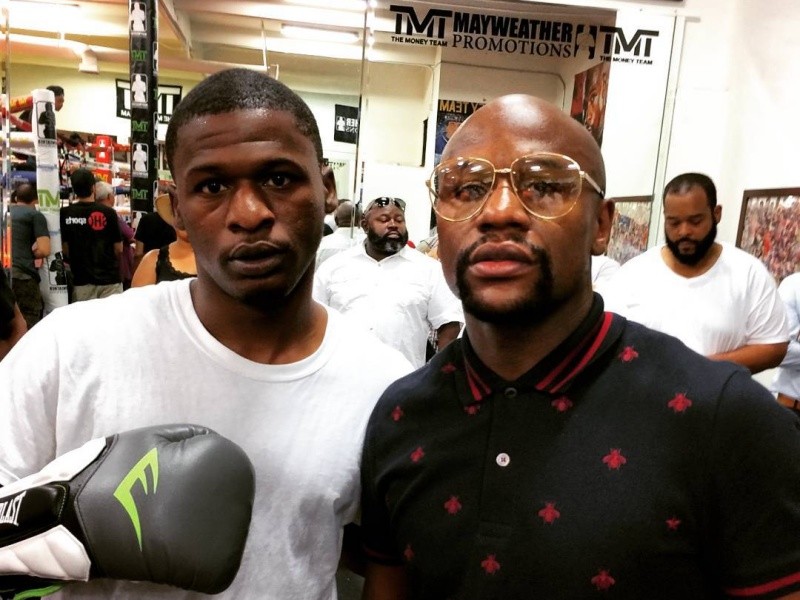 While Floyd Mayweather is training Soulja Boy for his fight with Chris Brown, the boxer’s younger brother Justin is preparing for a battle of a different kind: battle rap.

Speaking to American battle league AHAT, Justin Mayweather explained his desire to get in the ring.

“I’ve been into battling, I got into battling way back in the day — before all the props and all the extra stuff they be doing now,” he says.

Mayweather also name-checked some of the veterans of modern-day battle rap to show off his knowledge: “Aye Verb, Murda Mook, Serius Jones, Hollow… I been with it for a minute.”

As for his battling resume, Mayweather has said it’s all off-camera, and when asked who he’d like to battle on AHAT, he couldn’t be drawn: “I seen a couple cats but we’ll figure it out. I heard a couple cats.”

Asked if he’d be willing to put bread on a battle, Justin was cryptic once more saying, “Facts. We’ll see what’s going on. That’s my response.”

Though Justin says that Floyd Mayweather knows him, he also says they don’t kick it often. The younger brother said the two only discovered each other later in life, and “that’s how it goes in the hood.” However, Justin has posted photos of himself at his older brother’s training gym.

AHAT say that Mayweather will make his debut on January 21 in Las Vegas, a city that’s been kind to the Mayweathers over the years.