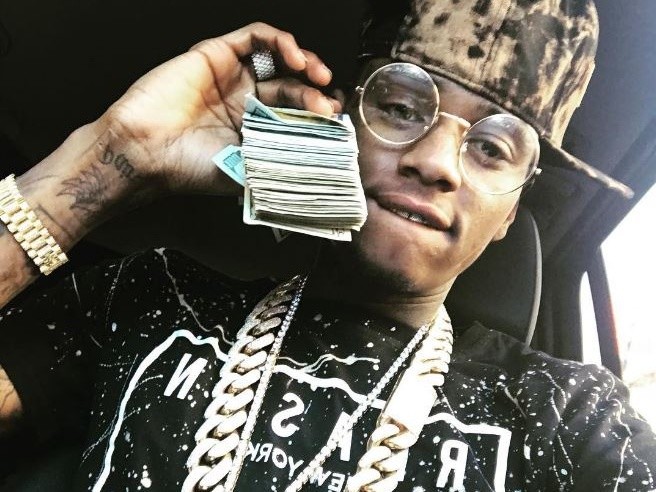 An official throwdown of hands between Chris Brown and Soulja Boy is slowly coming to fruition.

Via social media, Breezy and Soulja have showcased their preparations for the boxing match, which the two officially agreed on earlier in the week.

Earlier today (January 6), Soulja Boy shared a clip of an interview he took part in with professional boxer, Floyd Mayweather. He referred to Mayweather as his “big bro/trainer” in his caption, and also confirmed that the boxer will serve as promoter for the main event.

“He’ll [Soulja Boy] let you know who’s the promoter … I’m not gonna do A.B. like that,” Mayweather said when asked about boxer Adrien Broner’s promoter claims. “A.B. has a fight coming up soon. And what I want Adrien Broner to do right now is focus on the task that’s in front of him, that’s coming up. While he focuses on his task, I’ll handle this.”

Another video, captured by DJ Akademiks, shows the Atlanta rapper putting in work on the treadmill in preparation for his fight.

Big Soulja training for his fight with #chrisbrown

While Soulja has linked up with Mayweather and is also stepping up his cardio, it appears that Brown is taking a trash-talking approach.

An edited photo the Virginia R&B star shared on Instagram shows him hovering over Soulja Boy after defeating him in the ring.

Additionally, Breezy recently got his hands on a music video edited by DJ Suede, of #UNameItChallenge fame, and shared it on his IG page hours ago. The video features various audio clips from Brown and Soulja’s back-and-forth backed by a clappy beat.

Undated video of Brown showing off his boxing skills has also surfaced online.

#chrisbrown putting in some work with the gloves …. who got the better hands … big Soulja or #chrisbrown ??

It is currently unclear when or where the boxing match between Chris Brown and Soulja Boy will take place.