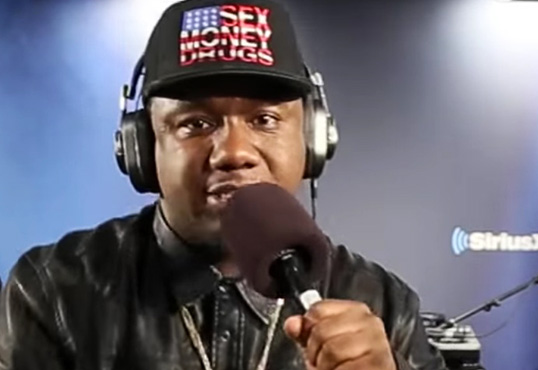 Murda Mook Is Not Trying To Beef With Drake

Harlem, New York battle rap legend Murda Mook spoke again about his back-and-forths with Drake in an interview with his group Dot Mob on Sway In The Morning on May 3.

After Sway brings up the VIEWS rapper, Mook explains, “I wanna clear that one up … People see me in the street like ‘Yo you and Drake got beef?’ I don’t got no beef with that man. I listen to his music — I like Drake. But when we get into this kind of back-and-forth, and you challenge me — people forget that — that he was the one that said to me. I didn’t come out the blue … So now it’s like ok ‘I’m on you’ but when I see him, it’s cool. I don’t want people to just think [we got beef].”

Mook and Drake’s names have been been linked since a random run-in at a club in August 2014, a photo of which Mook posted to Instagram with the caption “So this is @champagnepapi telling me he wants to battle me. And he is actually serious! Who got the check?”

Later that year in October, Mook used his headline spot in the BET Awards live cypher to call out the Grammy-winning rapper.

The battle almost happened spontaneously when both guys were at KOTD’s “Blackout 5” in Toronto in February 2015, Mook told BattleRap.com, but things fell through at the last minute when Drake’s management intervened.

The two also stood across from each other on the URL stage during an intermission at the league’s “Night Of Main Events 5” in New York last May, where Drake was taking in the show as a fan. During that brief on-stage appearance, URL host Smack White asked if the two would ever battle, but Drake said Mook would have to first get through New Jersey emcee Tsu Surf and then they could “talk about it.”

Mook also addressed that interaction in his interview with Sway.

“At the time he was under pressure because the URL crowd is very hostile …” he says. “He was on the spot. Everybody was looking at him and they was like: ‘Is you gonna battle Mook?’”

He then clowns Drake a bit, joking that someone fed Drake the line about battling Surf first, which appeased the URL crowd and let Drake off the hook without confirming any battle or backing down from the challenge.

Also in the interview, Mook, along with other Dot Mob members T-Rex and Dutch Brown, talk about how they’re focusing more on music than battle rap right now.

“Right now the battle rap shit is cool,” Mook says, “but I ain’t really on that. I’m just tryin’ to make what we doin’ right now work. We tryin’ to do these tours. The battling is one time but you make hit records, you get paid forever.”

Watch the full interview and performances below:

And watch Drake and Mook’s interaction on the URL stage: