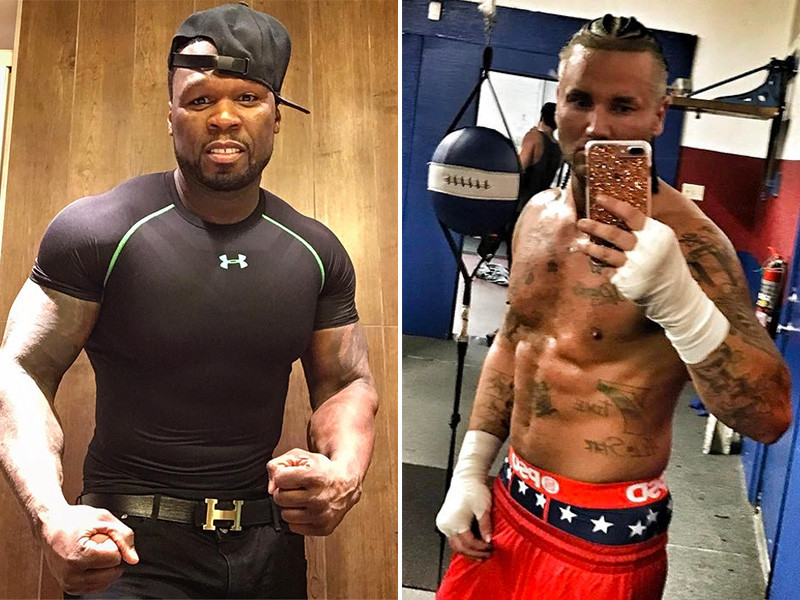 RiFF RAFF has become the latest artist to embroil himself in the potential celebrity boxing match between Soulja Boy and Chris Brown. But instead of taking a side and throwing barbs, Jody Highroller has put himself forward to face off against 50 Cent at the event: “YALL KNOW THERE HAS TO BE A HEAVYWEiGHT MATCH ON THAT FiGHT CARD,” the Houston rapper wrote on Instagram.

RiFF RAFF, who back in late 2014 announced that he was teaming with Hulk Hogan to enter the world of wrestling, took to IG to post a Rocky-like montage of him training in the ring, before jumping on the scales to flaunt his hefty weight of 215lbs.

50 Cent has yet to respond to the challenge publicly. The G-Unit frontman is currently busy promoting the possible bout between Soulja Boy and Chris Brown, which may now take place in Dubai due to rules and regulations preventing such a fight from taking place on U.S. soil.

Earlier today, Kodak Black jumped on the boxing bandwagon, calling out Lil Wayne to enter the ring to fight over the “best rapper alive” title.

“Ay listen here, man. Tell Lil Wayne fight me, nahmsayin?,” Kodak said in a video posted online. “We finna get in the ring. We finna fight, me and Lil Wayne. I’m finna knock that stupid ass nigga out. And if he whoop me, he the best rapper alive, ya heard?”