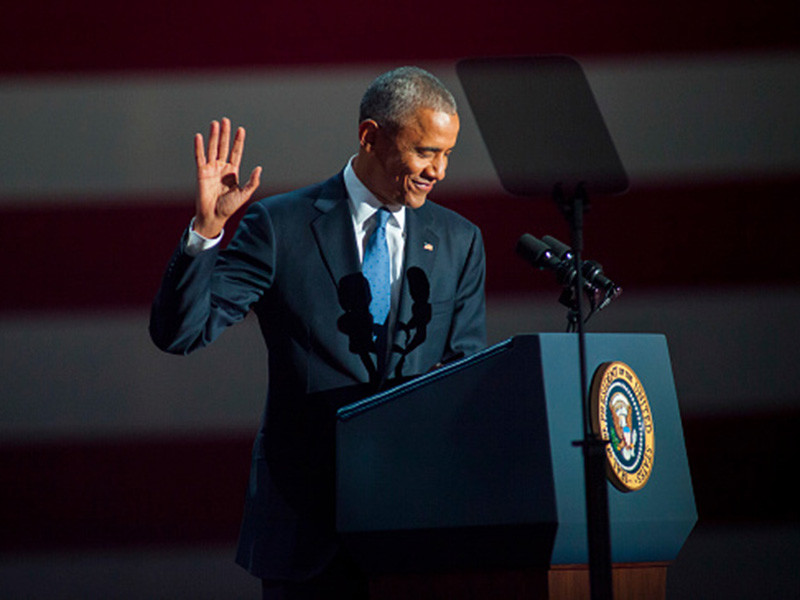 January 20 will see the administration of America’s first ever black president come to an end. President Barack Obama bid farewell to the country he has led for eight years, offering a message of hope at a time when so many are fearful about what is to come from President-elect Donald Trump.

The president built up a lot of good will in the Hip Hop community throughout his two terms in the Oval Office, frequently discussing his favorite artists and inviting them to State dinners held in the White House.

Plenty of rappers took to Instagram to say goodbye to Obama, with the president’s fellow Chicago native Twista going so far as to change his Twitter avi to a picture of Obama with a “Farewell” banner on the bottom.

Even Canadian Drake paid tribute to the president with a pretty startling photoshop of his own hair on Obama’s face.

As a Canadian that calls America home for part of the year I will always carry your words and the memory of your time in office with me as inspiration. Big up yaself O.

Nas praised Obama for for being “the realest human being” and “the coolest of the cool.”

Barack Obama is one of the Brightest human beings I have ever met. Such an inspiration. The realest human being. The coolest of the cool, always kept his head high through the bad. Fair, strong, wise, a HERO to all people everywhere. Loved by many, missed by all. #salute #HSTRY

They weren’t the only ones who were emotional to see Obama go. Many more expressed their fond wishes.

History has been made. #farewell

Never Been Into Politics But You Gave US HOPE ?? #Obama

That man fought those tears talking about his wife. ?. I feel u my, G. #POTUS

The Duaghters deserved that. As I dad I feel Him. Bravo ladies

this the BS part but it builds patriotism so I get it. I can accept it ??? ??

Check out the full farewell speech (as well as BJ The Chicago Kid’s version of the National Anthem) below.