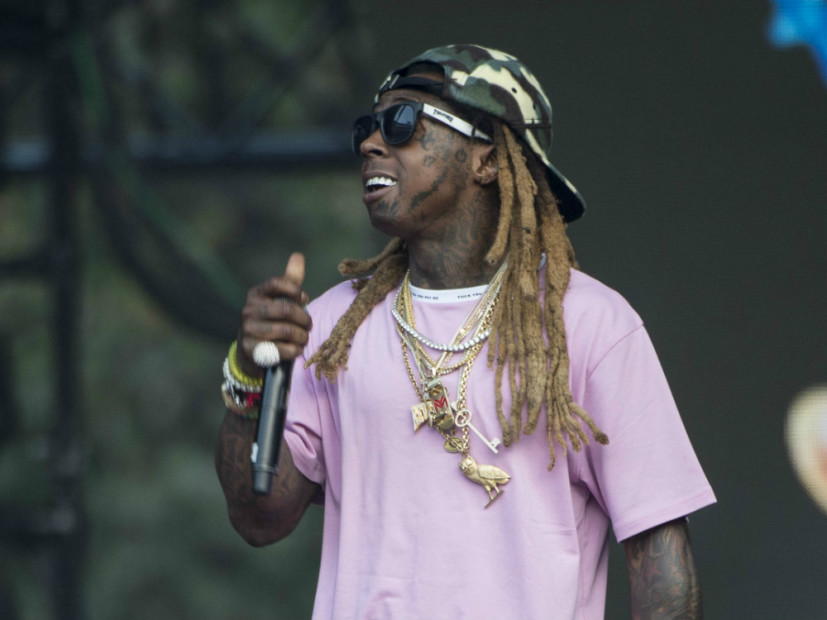 “CV. Funeral. D6. Young Money,” is all whoever runs Lil Tunechi‘s account wrote for the caption of a picture of Wayne, 2 Chainz and Gudda Gudda (who is apparently almost elbowing a woman in the face).

The post comes from Wayne’s verified account, which also includes posts sharing clickbait articles like “15 Girls Who Are Classy, Sassy, and most of all Ass-y!” and a viral video of a toddler saving his twin after a dresser falls on top of them, with the caption “Too close. That baby is a future linebacker right there.”

Weezy has previously teased each of the projects, of course, Tha Carter V being the subject of his intense beef with Birdman. That album was supposed to come out way back in October of 2014 and two months later, Wayne tweeted that he wanted off Cash Money before taking Birdman to court. The most recent headlines for the fifth installment of the series include Martin Shkreli claiming he has the much-anticipated album.

As for Funeral, Weezy teased the project in November during an interview with skate talk show The Nine Show.

“I don’t have a release date, but I have a whole bunch of good news coming soon,” he said at the time. “If you are a Wayne fan, I know we’ve been going through a lot of tough times right now, but if you’re a Wayne fan, we’re about to hold our heads high soon.”

And part of that good news might be Dedication 6, which DJ Drama said in an Instagram post made a year ago that he and the New Orleans rapper are working on the project. Their last project together, Dedication 5, dropped in 2013.

Don’t forget that Lil Wayne said he had two albums on the way at a concert in May. Are Tha Carter V and Funeral (with Dedication 6 being a mixtape) what he was referring to?