The cover was unveiled on ESPN’s Sports Center and it features the rapper’s mother.

“It’s perfect,” Wayne said. “I always go with a baby picture. I wanted to go with one with my mama this time…To have my mom on there is more than an accomplishment. It’s an achievement.”

He said he did not let his mom know he’d be using the photograph and that she doesn’t really like it.

During the ESPN interview, Wayne also revealed that the album is slated to be released October 28, 2014.

In May, Wayne said the following about the project:

“My thoughts are wiser,” he said. “I still say what I want to say—it just sounds better and makes more sense. That all comes with growth and maturity.” 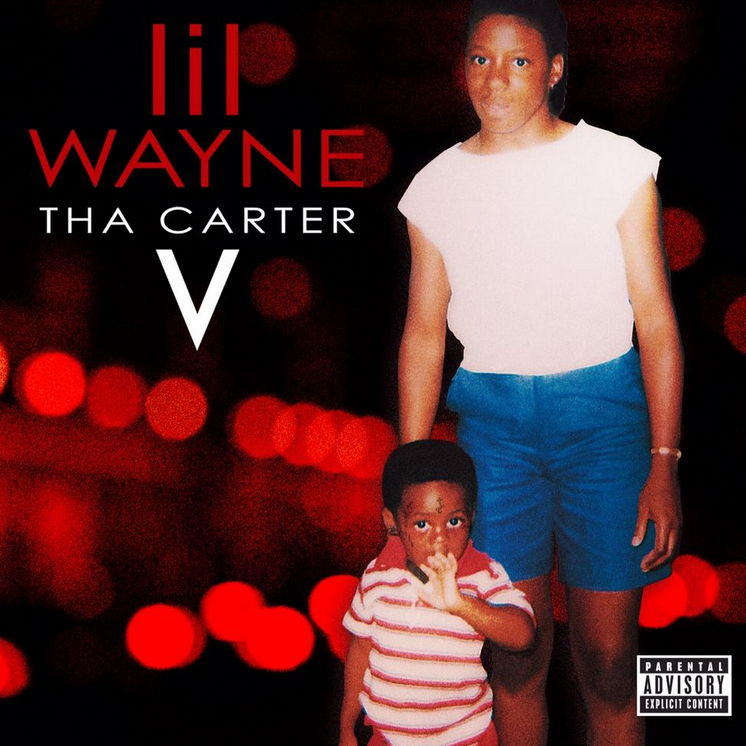 UPDATE #2: Lil Wayne’s Tha Carter V will not be released tomorrow (October 28), according to karencivil.com.

No new release date was announced.