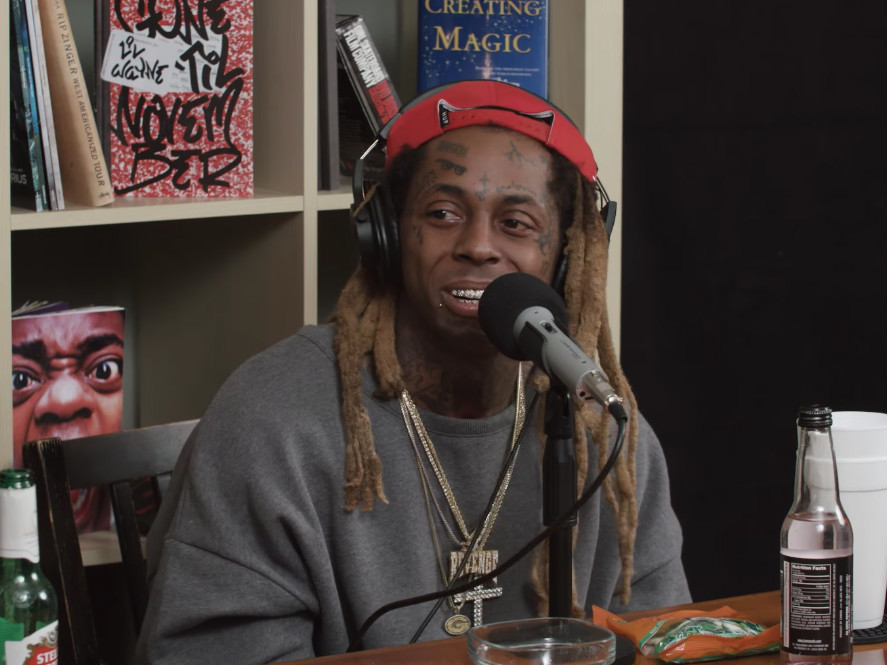 Los Angeles, CA – Lil Wayne has another project in the works and it’s called Funeral. The New Orleans rapper made the announcement on The Nine Show, a talk show for skaters (and we all know Lil Wayne loves to skate).

“That Funeral coming soon,” he says. “Get your roses ready.”

Tunechi had few details on Funeral and acknowledges that the year has been a rough one for him and his fans with his legal battle against Birdman. But he promises better days ahead.

“I don’t have a release date, but I have a whole bunch of good news coming soon,” he adds. “If you are a Wayne fan, I know we’ve been going through a lot of tough times right now, but if you’re a Wayne fan, we’re about to hold our heads high soon.”

Back in May, Weezy announced at a concert in Phoenix that he had two albums in the vault for his fans before throwing more shade at Birdman.

Wayne dropped the collaborative Collegrove album with 2 Chainz this year and was featured on a slew of projects, including the Birth of a Nation soundtrack with Gucci Mane on “Oh Lord” and a guest verse on Damian Lillard’s debut album, which of course was contested by Birdman.

Watch Lil Wayne announce his Funeral project below at the 56-minute mark.