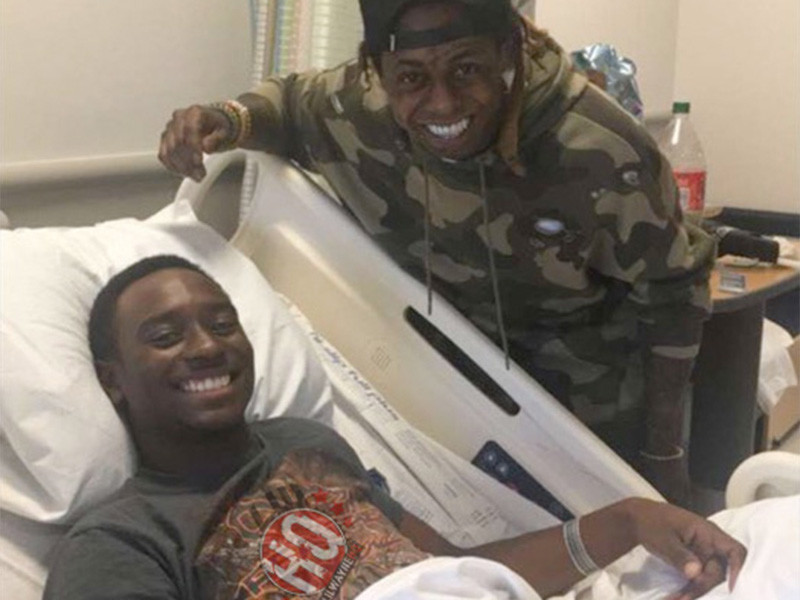 New Orleans, LA – Like many of us, Lil Wayne headed home for the holidays, returning to his hometown of New Orleans to celebrate Christmas.

Weezy really embraced the giving spirit by visiting the city’s Children’s Hospital to put a smile on the faces of those who are struggling with illness or injury over the festive period.

Speaking to XXL, a rep for Lil Wayne confirmed that the visit was no mere publicity stunt: “Wayne visited Children’s Hospital of New Orleans the day after Christmas while he was at home for the holidays.”

“The purpose of the visit wasn’t for any special reason or for publicity. He just had it on his heart to visit these kids in hopes to brighten up their holiday a little more.”

It certainly seems like the New Orleans native was successful in brightening a few days, judging by the photos that have surfaced online since his visit:

The man in the second photo is reportedly named Kiron, who was shot in the spine earlier this month. Hopefully his Christmas was made that little bit brighter by Wayne’s impromptu appearance.

No word yet on whether the rapper dropped any verses from Tha Carter V, which is now in the possession of one Martin Shkreli, if the rumors are to be believed…