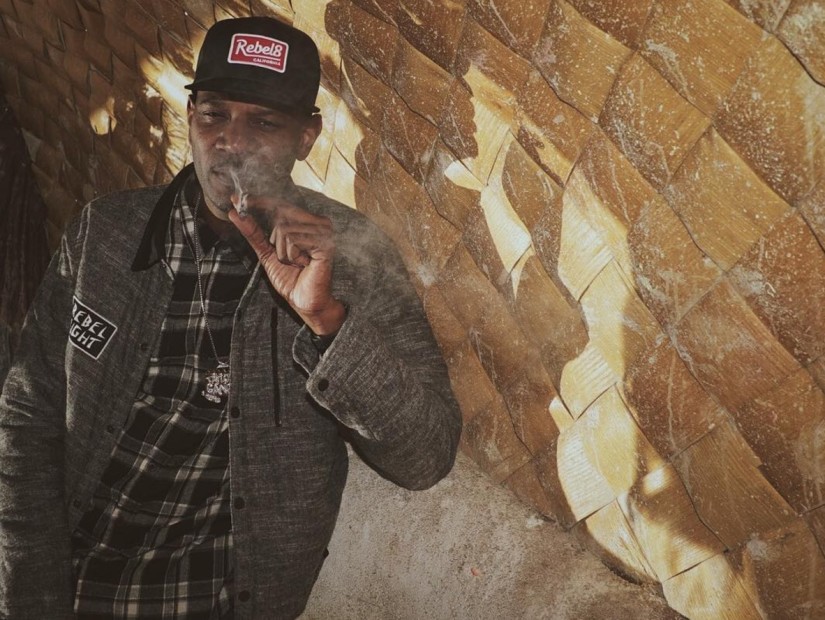 “When you got a real mellow pothead as your boss, you can’t lose,” said Taylor Gang member Tuki Carter of label leader Wiz Khalifa. As a member of the collective, Carter has split his time between painting, tattooing, making music and taking any advice Khalifa has given him.

During HipHopDX’s time with the artist over the phone, he was making a painting for an executive from Roc Nation.

“I’ve been painting forever,” he said. “Art is my other half. I do everything equally. Art, music and tattooing. I do them equally. I put 100 percent in each.”

For music, Carter recently dropped his Tuki Toker mixtape, which features guest appearances from Gangsta Boo and Taylor Gang member JR Donato. According to him, the project hopes to introduce listeners to his stoner side.

“I never really put it out there like that on my first couple of projects,” he said. “ I just wanted to show people that I could rap. I was just putting together songs. This one is me putting something together. Everything runs into each other the way it’s supposed to.”

Carter said Tuki Toker should remind fans that he not only takes music seriously but, hasn’t forgotten about the everyday man.

“This is for the regular person,” he said. “ Not the bottle poppers and ballers. The regular ‘I have to go to work’ person. Giving them like a voice. I put the perspective of me and the homies on the project.”

As 2016 wraps up, the mixtape is supposed to serve as an appetizer for his debut album Flowers & Planes, which should give his fans a more in-depth look into his life.

“I was going through a lot when I was making it, so I was putting everything I was going through at the time in it,” he explained. “If I refer to trappin’, I’m trappin’ some artwork. If there’s anything going in my music, it’s definitely going on within me. I don’t have those things to put out there that will harm anyone or put anyone in trouble. I let people know that you can do regular shit and still look cool as hell. You can have a cool life without being hard or cool or ballerific. You can do it another way.”

Listen to Tuki Toker below.