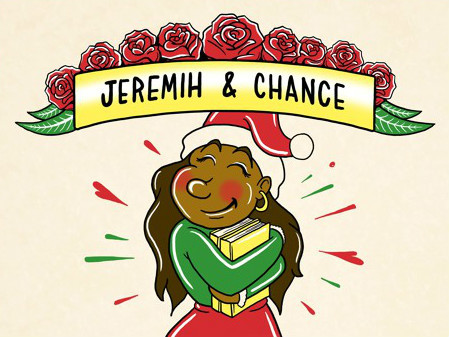 The perfect Christmas gift is here as Jeremih and Chance The Rapper teamed up to grace fans with a holiday mixtape called Merry Christmas Lil Mama.

The R&B star shared the tape on his Instagram with a SoundCloud link that revealed nine tracks. Jeremih has had a fairly quiet 2016 music-wise as he just celebrated the one-year anniversary of Late Nights: The Album.

Chance, who shared the project on Twitter, dominated the year with his Coloring Book mixtape, which was the first non-commercial release to ever chart on Billboard’s 200 albums list and earned the Chicago rapper several Grammy nominations.

The two Windy City artists collaborated when Chance jumped on the remix for Jeremih’s “Pass Dat” and he is rumored to be on the singer’s Later That Night album. Jeremih showed some love by appearing on the Coloring Book cut “Summer Friends.”

The duo showed support for one another recently when Chano brought out Jeremih to perform at an OpenMike Night after the “Oui” singer was booted from PARTYNEXTDOOR’s Summer’s Over Tour.

Stream Chance The Rapper and Jeremih’s Merry Christmas Lil Mama mixtape above and check out the cover art and tracklist below.