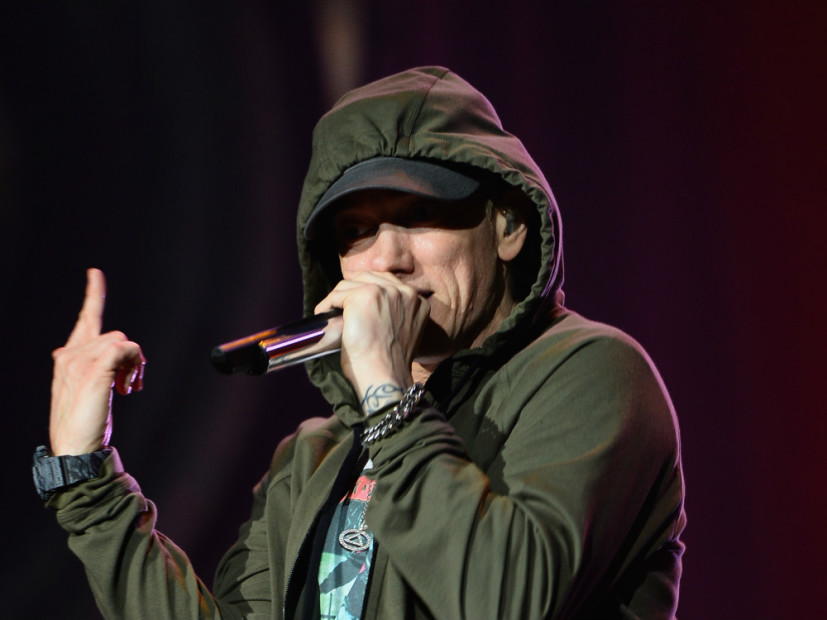 Eminem Teases Ridiculous New Song Called "What Time Are You Sucking It?"

Eminem fans rejoiced this summer when the Detroit legend revealed that he is working on a new album. He gave a slice of new music with the “Campaign Speech”single and might possibly have the follow-up on the way.

Giving an appearance on Shade 45’s Hanukkah Radio yesterday (December 20) with his manager Paul Rosenberg and DJ Whoo Kid, Slim Shady teased a hook for some new music. Before making his departure from the show, he takes a minute to preview a new track he’s supposedly working on called “What Time Are You Sucking It?”

Em asks Rosenberg and Whoo Kid’s opinions on the cut and jokingly says he wrote it for each of them.

“I feel like it’s probably gonna be a pretty big record,” he proclaims.

The song is pretty clearly a joke with Eminem having fun with his friends. But even if it is real, the graphic content is nothing new from him.

Check out the holiday food that Eminem, Paul Rosenberg and DJ Whoo Kid enjoyed while celebrating Hanukkah (which runs from December 24 – January 1) and listen to the full Hanukkah Radio episode below.