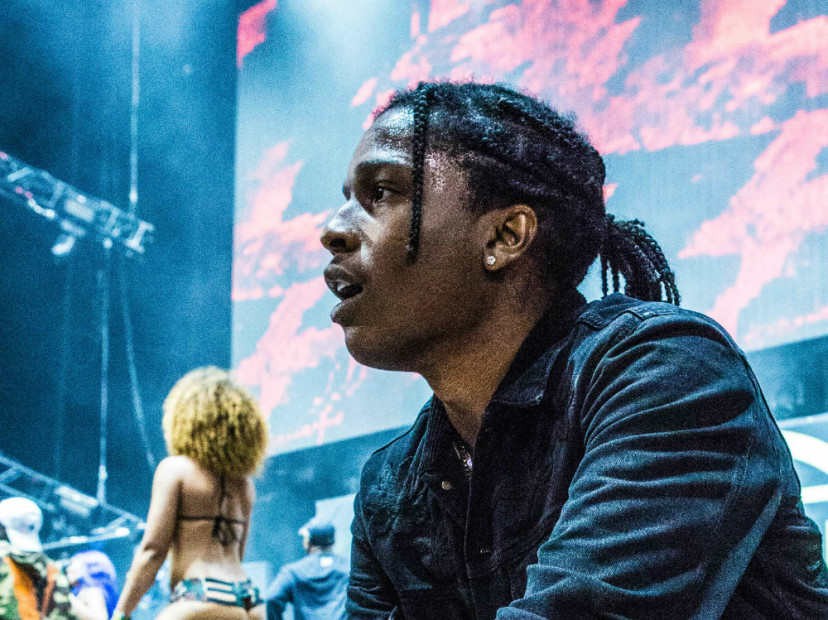 A list ranking a series of rappers from elite to trash has been circling on the internet this week and caught the attention of at least one of the mentioned names. A$AP Rocky, who was deemed “overrated,” responded to his name being listed amid fan chatter about the viral list.

The list was posted two days ago via the Tea Alert Instagram page without credit given to the creator of the hierarchy. The simple, Excel spreadsheet-like layout places Drake, Kendrick Lamar, J. Cole, and Chance The Rapper in the “Elite” class. The following tier, “Talented but not Elite,” lists Wale, Childish Gambino, ScHoolboy Q, and Big Sean among others. Right below that, Jay Z, Lil Wayne, Eminem, and Nas are grouped in the “Legends Past Their Prime” tier.

The next tier, “Underrated,” features Nipsey Hussle, Earl Sweatshirt, Dave East, and Big K.R.I.T. among others. The “Overrated” tier highlighted names like 2 Chainz, the aforementioned A$AP Rocky, Danny Brown and Young M.A. The list wasn’t without flaw, as it ranked Mac Miller in both the overrated and underrated columns.

Rocky took to Twitter to voice his displeasure and tweeted the following: “ASAP ROCKY OVERRATED ? ?HOW SWAY? NIGGA I PUT OUT A ALBUM ONCE EVERY 2 YEARS , I SEE I GOTTA LEVEL UP ON NIGGAS ONCE AGAIN 4 2017, SAY LESS.”

ASAP ROCKY OVERRATED ? ?HOW SWAY? NIGGA I PUT OUT A ALBUM ONCE EVERY 2 YEARS , I SEE I GOTTA LEVEL UP ON NIGGAS ONCE AGAIN 4 2017, SAY LESS

So far, Rocky seems to be the only rapper to take umbrage with the list. Fans on Twitter chimed in with their thoughts as well, and we’ve collected some for viewing below.

If you think Pusha T is overrated you've never heard him rap, tbh. This list is trash asf. https://t.co/ynzs2gLC1k

When the viral rap list says mac miller is overrated and underrated pic.twitter.com/8axWGLmO8t

Em and Jay could still rap circles around the tiers above them. Action, Meek, and MA overrated??? Foh, that whole list is trash https://t.co/e6NUOp9U2O

How the hell Mac Miller Underrated and Overrated? Ty Dolla $ is a singer. Drake dont even…this list is a mess. https://t.co/YtgoWz62vx

1. I'll fight whoever put Gucci in the trash section
2. Eminem would smack everyone on that list
3. Wiz isn't overrated
4. See number 1 https://t.co/7UQVjES5zu

@HBCUFollowTrain 1. how is Ab-Soul overrated?
2. why is Mick Jenkins not on this list?
3. ik this is just opinions

@Marcus_Calliste Asap and future overrated? Mac miller over and underrated? Who's mans made this list?

Whoever made this list clearly does not listen to rap if you put drake in the elite category and asap rocky as overrated https://t.co/amxFL4zNJs