Young M.A Accused Of Taking $33K From Promoter Without Performing 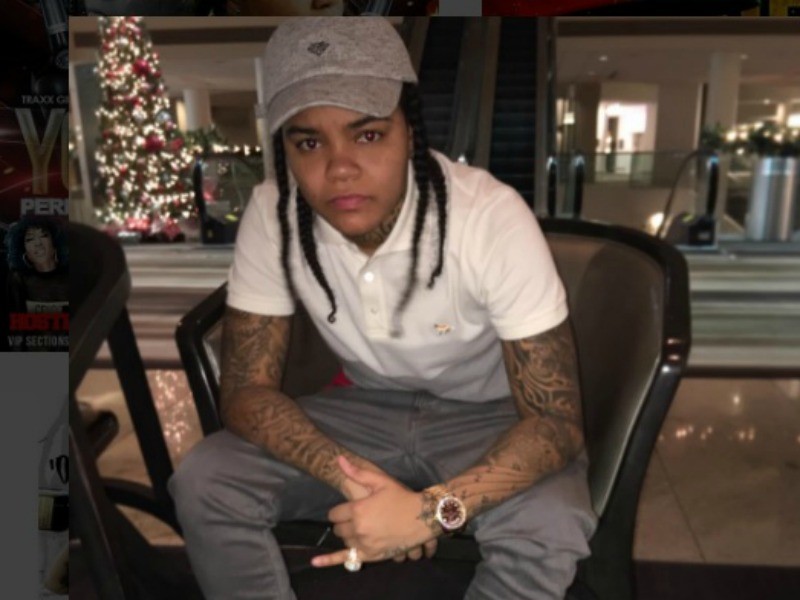 Young M.A might need to reconsider visiting New Orleans in the near future, this after a promoter in the Lousiana city claims the rapper skipped town on a paid performance. According to the promoter, Young M.A and her management team managed to pocket $33,000 without performing one second of music.

A gentleman by the name of Winston, who appears to be connected to local outfit Tank Dawg Records, posted a video claiming that he and his team secured a performance after weeks of haggling.

Winston says that Young M.A was reportedly dissatisfied with the crowd at the unnamed venue and decided not to show up. In a pair of Instagram videos, Winston was initially reserved but things escalated quickly when some of his compatriots appeared in another video toting firearms and shouting threats.

“Young M.A had a nasty attitude the whole time,” Winston said in the first clip. “I called her about my back end because she didn’t show. She ran to the airport with her management team. They stop answering the phone.”

Winston then posted a teaser clip for a diss song toward M.A over the money, using her smash “OOOUUU” hit as the backing track complete with some of the same violent threats from the video. M.A has responded with a series of SnapChat videos of her own addressing the situation but didn’t mention Winston or Tank Dawg Records specifically. She spoke vaguely, telling her fans not to believe everything they see in the media. “My job as an artist is to come through, and show my supporters love, turn up and perform and whatever. All that other shit that’s behind the scenes that has nothing to do with me,” she added.

Watch New Orleans promoter Winston of Tank Dawg Records tell his side of allegedly being fleeced out of $33,000 by Young M.A along with other related media via Instagram.

#youngma responds to promoter who says she FINESSED HIM for 33 RACKS! More info in link in bio (YT)