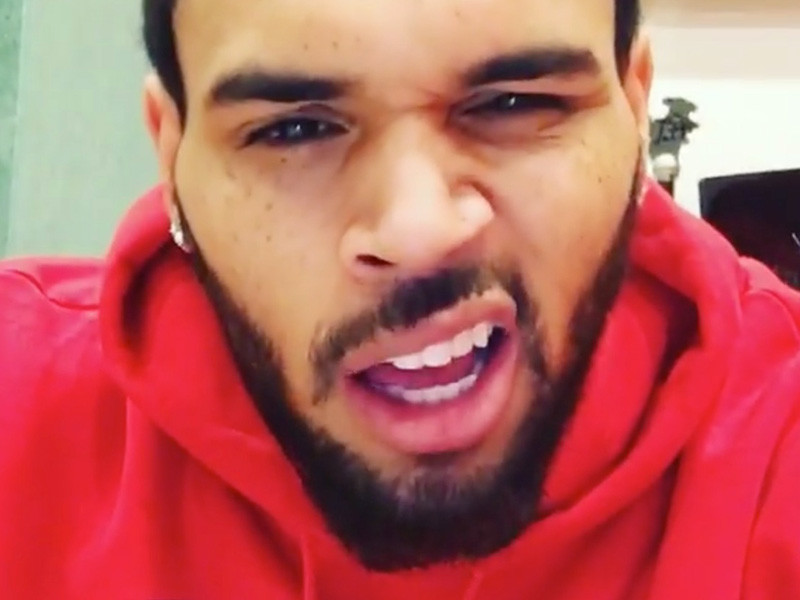 Los Angeles, CA – Chris Brown took to Instagram again Wednesday night (November 23) to share a new song with his Instagram fans. Instead of just previewing a clip he played much of the track over three separate minute-long videos. His face stays in the frame for the whole song as he vibes along and lip syncs to the cut.

There aren’t many details around the official release of the song, titled “Yellow Tape,” but Brown has been teasing his 8th studio album for a while now. Heartbreak on a Full Moon would be the official follow-up to “Royalty,” which dropped in December 2015 and premiered at #3 of Billboard’s Top 200 Albums chart with 184,000 equivalent units sold. As of right now, there is no release date announced for the new album.

So far in 2016, Brown has dropped two mixtapes with his OHB crew, Before the Trap: Nights in Tarzana in April and Attack the Block in October.

Earlier this week, he also featured on Ray J’s “Famous,” a Kim Kardashian diss track where the two took aim at the women they claim to have launched into the public eye. And his “Post to Be” co-star, Omarion recently appeared on #DXLive to preview several new heaters of his own.

Check out the clips below and some previous sneak peeks of Brown’s new music here.